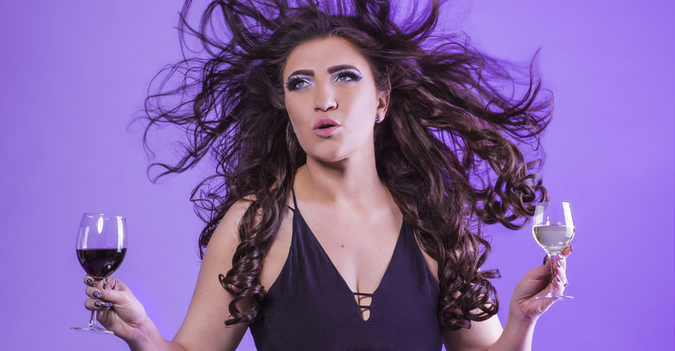 With seven shows under her belt, Tash York is back with Winefulness, a cabaret comedy ode to cats, yoga and – of course – enjoying a glass or two on a Wednesday night. Adorned in a flower crown and an all glitter ensemble, York is as bold as a good shiraz and bubbly as champagne. As she engages her audience in the story of how she’s learned to balance her wellbeing with a love for a drop – and not feel guilty about it – she brings an original twist to beloved artists such as Britney Spears, Nancy Sinatra and even Eminem.

Highlights of the evening include a game of 'good of fortune' featuring an improvised cat rap and Tarot card reading. She is a truly gifted improviser, showcasing her powerful voice, keen wit and comedy prowess all in one. York’s story is one that is as relatable as it is hilarious, and though the narrative connections are sometimes clearer than others, overall she maintains an infectious energy and absorbing charisma.