Although you can't go wrong with most of the South Australian coastline, here are the top beach getaways from Adelaide 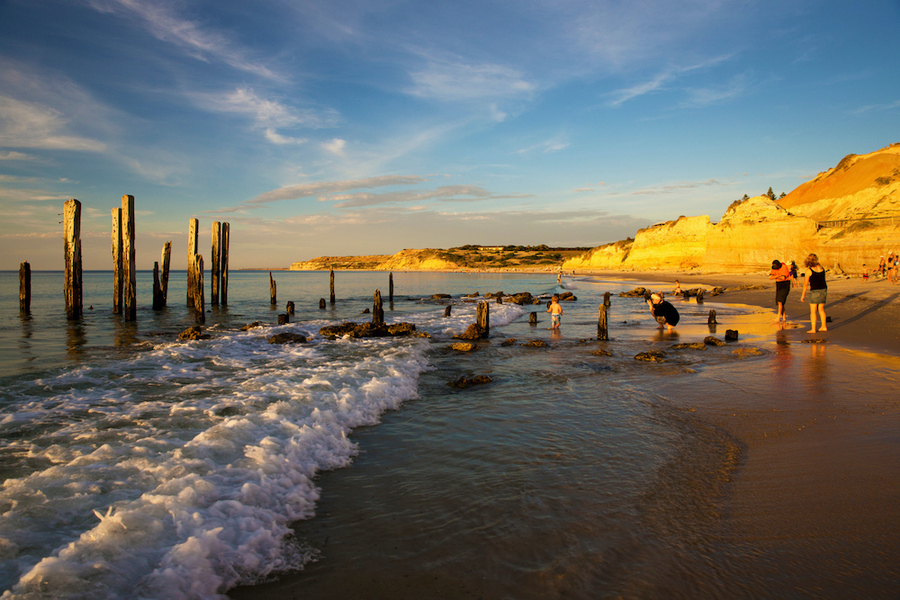 At the end of Henley Beach Road you will find not a wizard but, unsurprisingly, Henley Beach. Sit on the sand, play beach volleyball on the courts or head up onto the square for fish and chips on the grass. Wander along the recently renovated jetty with an ice cream to top it off.

Jump on the tram in Adelaide’s CBD and head down to Glenelg, arguably the state’s most famous beach. The tramline makes it easily accessible too! Shop along Jetty Road for everything from ice cream, to shoes, to swimwear. With plenty of bars and restaurants, you’ll be spoiled for choice for lunch. If you’ve got young ones with you, head to The Beachouse for mini golf, dodgem cars and bumper boats.

If you’ve got the time, a drive to Maslin Beach will put you on a secluded strip of some of the most well preserved coast in the state. If you’re feeling adventurous, you can head to the southern end of the beach which is Australia’s first legal nudist beach.

This beach is enclosed with brilliant golden cliffs dotted with little cave hideouts which were originally carved to house boats and fishing nets. Nowadays they’re perfect for escaping the sun. Close to the boardwalk at the water’s edge you’ll find the remnants of a jetty built in 1868 which makes for a striking photo op.

If you’re an adventurous type, the offshore reef at Port Noarlunga is a diverse aquatic display of coral and fish with over 200 species of marine plant life. Follow the self guided Reef Underwater Trail over an afternoon, wander along the jetty, or bask on the sand under the red sandstone cliffs.