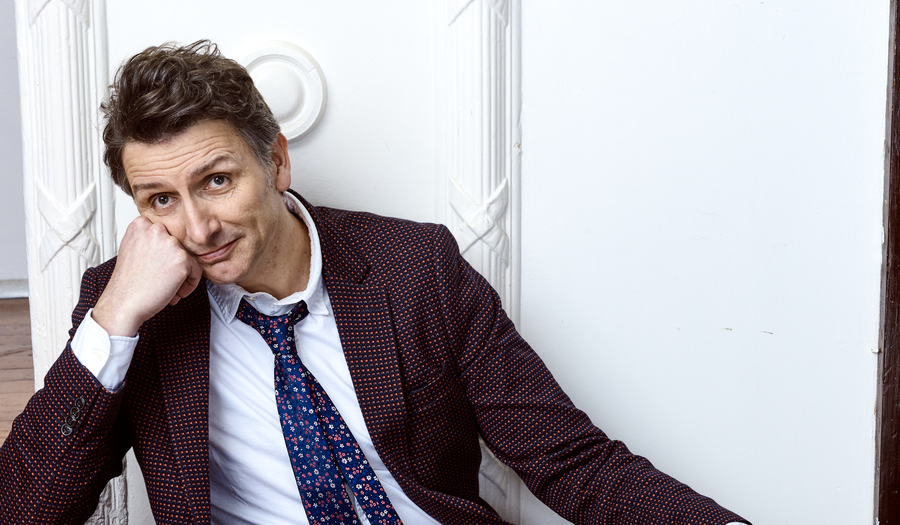 The majority of televised comedy on Australian screens has always featured men. Even the iconic Kath & Kim relied on male characters with preceding reputations. It's only been in the recent world of online co-creation culture that femme gems such as The Katering Show were born.

Australian televised comedy doesn't get much more iconic than The Adventures of Lano and Woodley. Gloriously funny and quick-witted, Frank Woodley brings his new solo show *@#!KING CLOWN to the Garden of Unearthly Delights. In it, Woodley tells the tale of a trip to France gone awry. “The title relates to the fact it’s a story of me going to Marseilles,” he says. “I thought I was going to be giving a physical comedy workshop, but it got derailed and I ended up doing a workshop with a psychotic clown master, but I’ve fictionalised it all – I haven’t let reality constrain the storytelling.”

As both a solo performer and an ensemble member, Woodley is deserving of his success. There is an interesting fact of having benefited from a systemic, gender-biased media scene.

When asked about his perceived head start, Woodley acknowledges Mabel Normand. A silent film actress, screenwriter and producer, Normand worked alongside Charlie Chaplin and Roscoe 'Fatty' Arbuckle. "Female comedians have always been there but it has been male-dominated industry without a doubt," he says. "Whilst I absolutely have no question whether or not women are as funny as men – no question at all for me – but there is something about the fact that…" Woodley trails.

"I was talking to a friend who is a drama teacher in high school and he said in his experience, the majority of girls, when they were doing drama, wanted to explore serious emotions on stage. Genuine emotion and going deeper emotionally into feelings of empathy – but the majority of the boys wouldn't touch genuine empathic emotion with a barge pole... They were all about having fun and getting laughs and it all being about the comedy. Is that cultural or is there something about boys and girls?"

This is a pertinent question. A question that makes me remember growing up with two brothers and often being the butt of the joke. At the time, with male comedians dominating the screens, this was to be expected and was almost encouraged.

"There is a thing," says Woodley. "If you watch shows like The Footy Show and things like that, that are very male atmosphere, there's lots of hanging shit on each other, but it's camaraderie. They're getting laughs, teasing, stirring and that's a big part of male bonding.

"One way of looking at [the male-dominated industry] is that it's very simple – you just go 'it's something that has needed to change'. But it's a little more complicated than simply the fact that women have not been invited into the comedy industry, I think there are some other factors at play," he says.

There are gendered patterns in culture and not all are healthy. "Very few boys are expressing their actual feelings for each other," Woodley acknowledges. "They're just mucking around." In this way, boys do seem like a natural fit for comedy. A reluctance to express emotions may turn feelings into punchlines, creating comedy.

In comparison, girls often don't need to hide their emotions behind a farcical wall of jokes. "There is something where girls have a capacity, or are culturally encouraged, or perhaps culturally allowed, to explore those serious emotions," says Woodley.

Perhaps the suggestion here is that comedy isn't disallowing females any more than dramatic expressions are not as welcoming for males. This suggestion is not removed from the idea of toxic masculinity – the cultural masculine norms which govern social behaviours – which creates a space within the comedy industry that supports males and restricts females.

"There's something I've noticed and I find really disturbing," says Woodley. "I try not to get too hooked in, but I have a habit. When I watch comedians on YouTube, I'll read the comments that people have said and it's shocking how many male people will make negative comments to female comedians."

A difference between online culture and live performance has made itself clear. "Nowadays, when a girl gets up, the audience doesn't have any negative reactions based on the fact it's a woman," says Woodley. "There's a really weird – in the online comments – a really horrible anti-female comic scene that I find extremely distasteful and moronic."

We are not close to seeing any semblance of gender equality in the mainstream comedy industry, despite the odd exception. "I saw a recent QI episode hosted by Sandi Toksvig," says Woodley, "and in this particular episode there was one team of two women, and a team of Alan Davies and one woman. It was really quite obvious that it was the case. It was clearly something that doesn't happen often," Woodley says. "It was a good show – sometimes those kinds of lineup shows can be a bit hit and miss – but that one was a really good one.

"When I noticed that [there was only one male] I thought yeah, we've got a long way to go," he says. "The fact I'm noticing that as peculiar means we still have a long way to go."