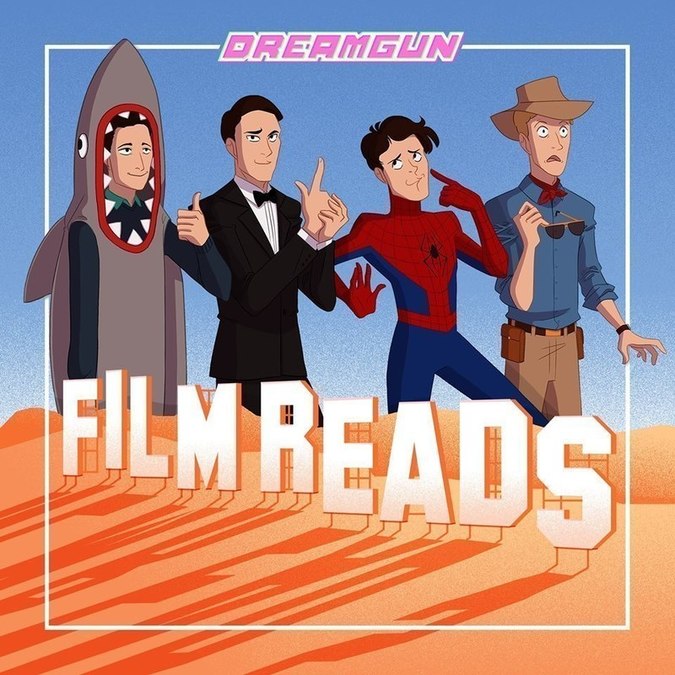 INT. MASONIC LODGE – NIGHT. Four mics, half a dozen chairs and a stool adorn the stage. A small but enthused audience sit keenly in the dark. A NARRATOR appears, clutching a doodled-upon script, followed by TEAMMATES and several BEMUSED COMEDIANS.

It’s time for Dublin’s own Dreamgun: Film Reads, where cult films are digested and regurgitated into hour-long wads of unrehearsed comic brilliance by a crack team of podcast-recording writers. Chunks of iconic lines and scenes remain intact, but within the pulp there are reinterpretations, misinterpretations and flashes of absurdity. And with a changing cast of comedians and actors sourced from the festival who haven’t read the script before marching onstage, it’s excellent when they nail it and even better when they don’t.

This is not a staged performance – the title is accurate, they’re just reading out a script, but this only helps amplify just how bloody funny the writing is. Wry, arch asides (“I still don’t know why he’s set his alarm to be late for work”) and hilarious caricaturing (Neo, a hacker, struggles with the concept of artificial intelligence) elevate the show to premium parody, while the unprepared comics’ earnest commitment to their roles makes Dreamgun a wholesome late-night riot.