A show that saunters rather than sprints 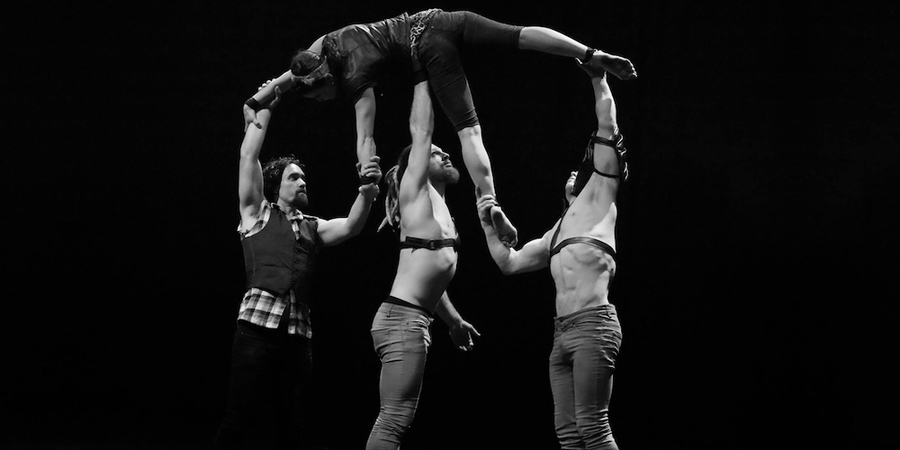 With a set that wouldn’t look out of place on the next Mad Max film, Barbaroi touts itself as the ‘underbelly of circus’. Highly industrialised scaffolding is paired with a contemporary soundtrack and plenty of bare skin can be seen through ripped and jagged clothing.

There is no real narrative to the show, but each of the acrobats carry on as brooding, sauntering characters throughout. This overly serious demeanour unfortunately gets tired and draws away from the pacing of the show, with slow steps between every act.

There are, however, a number of highlights. An unusual percussive juggling routine is impressive, as is the innovative part tightrope walk/part parkour display of female strength.

The Barbaroi tend to overuse their glacial pace to shapeshift into characters which seem not to add much to the show. Although the acts are solid and hit their marks consistently, a quicker pace between may make for a more engaging piece.