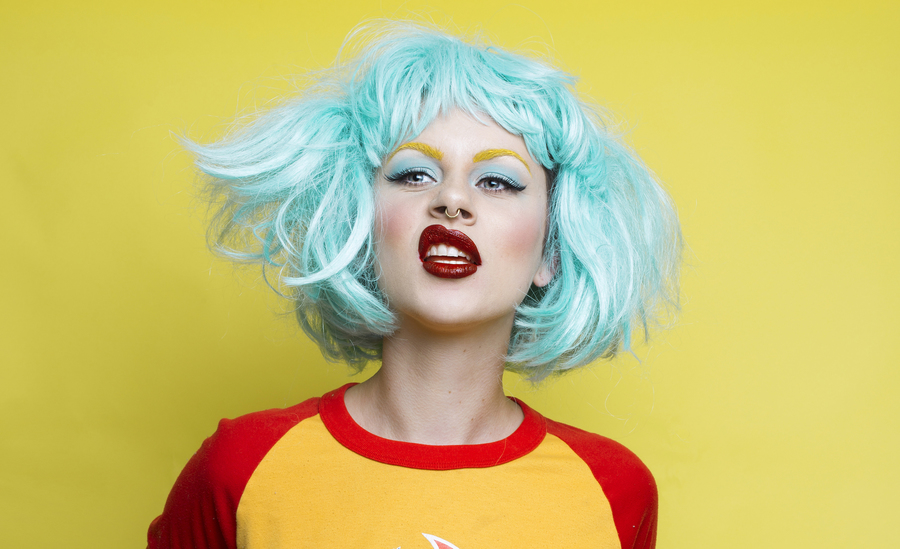 As Circus Trick Tease enter their 12th season at the Adelaide Fringe, performer and co-founder Malia Walsh is feeling excited. Alongside returning Fringe favourite Children are Stinky, they are bringing a new kids’ show, Brass Monkeys, and a new adults’ show WERK IT.

WERK IT comes from the joy of collaboration, with a cast that clearly love working together. “We started doing extra shows in our time off,” says Walsh. “We all just had the best time making Neon [in 2019] and we just wanted to hang out, to make more art together.

“With the calibre of performers in WERK IT, we’re all very excited to do a cheeky adult show, and we’re very excited to put onstage all that tongue-in-cheek that happens when you’re rehearsing. There’s a lot of half-naked bodies flying around in spandex in rehearsal – it translates very quickly into an adult show.”

Walsh has a long history of creating circus art for adults with plenty of jokes and costumes unsuited for kids. “It’s funny, I always made adult shows,” she says. “And then, when I had a child, I made one children’s show, and that was Children are Stinky, and that went really well.”

Although the jump between children’s circus and adult circus seems like a flying leap, Walsh made it look easy by understanding circus’ basic elements and how they come together form a great show. “I don’t think there’s much of a difference between adult shows and kids shows,” Walsh says. “I think it’s just the language, and how revealing the costumes are!

“We play to everybody – with Children are Stinky, we play to the parents as well. It’s a show for everybody to enjoy. I think every parent can sympathise: when the kids go to bed, you do cheeky things! You run around and you dance and you unhide the chocolate, and you’re fun and cheeky.”

In its fifth Fringe season and back with its original lineup, Children are Stinky promises to be as fresh as ever. “Every season we put in a new trick,” says Walsh. “There are bits of the show that are still ad libs; we make stuff up, we set challenges.”

There’s no grand secret to the show’s sellout seasons in Melbourne, Adelaide, Perth and Edinburgh, says Walsh. “Every time we do it, we just laugh and have the best time, and it translates to the kids. We pull them in with a cheeky name, and then when they see the show they see how much fun we have.”

“Kyle and April are just so incredibly talented,” says Walsh. “My jaw is on the floor every time. They’re both very musically minded, and they both love circus, so the show comes from a place of real love for the arts. And at the rehearsals, the energy’s just been palpable.”