25 years ago, Lloyd Newson’s seminal dance show was performed in Australia for the first time. This year, it is brought back to life for a new age 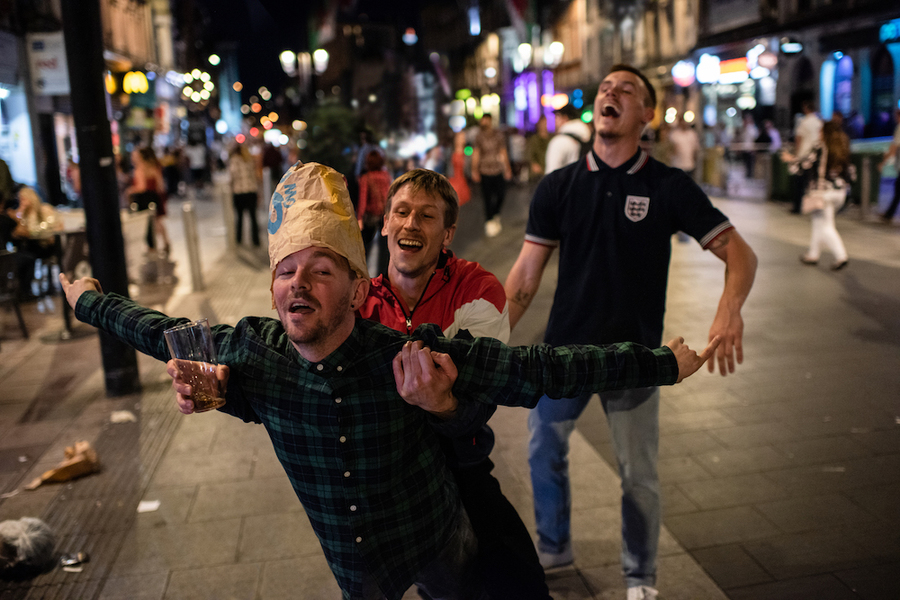 In the mid-90s choreographer Lloyd Newson found himself bedridden in hospital with a staph infection following a ruptured Achilles tendon.

During these weeks, he observed a gendered trend in those coming to give him company. "I noticed that my female friends came to visit regularly whereas my male friends didn’t," he says. "I started to think on my social interactions and realised that when I was out with my male friends, we were actively doing things – not sitting, talking or anything that constitutes emotional support."

From this arose questions about masculinity and strength. And from his days on the hosiptal bed, Newson had the time to ponder the impact on the male community. "What is it about men and their emotional support? Men in Britain are three times more likely to commit suicide than women, and it’s roughly the same difference between men and women who become alcoholics," he tells us.

These self-lacerating trends are not only true in Britian, but apply to Australia too. Through Enter Achilles, his landmark dance show, Newson seeks to explore the male psyche without comparing it to a female experience, or relying on such a simple binary. "While we accept that historically men have oppressed women, we have not explored how much they oppress other men and themselves," he says.

Enter Achilles is set in a typical British pub with a couple of lads having a night out. This setting is not unfamiliar to our own audiences; nor is the show’s alcohol fuelled fighting. When Newson created Enter Achilles, English soccer clubs had not long completed a five year ban from European cup competitions and tournaments after violent incidents from travelling 'fans'.

"There has always been a strong history of British violence at football games," he says. "The statistics on physical violence – in terms of public violence – reached its peak in 1995, and interestingly they’ve declined since then."

But with our own notorious and barbaric history of late-night king hits, accidental deaths and street violence, Enter Achilles – a quarter-century later – is still a timely work.

The piece also explores the class divide. Class has always been more explicit in England than here in Australia. In a land of both working-class lads and upper-class lords, these divides have become even more apparent in the recent Brexit vote: opening up tensions and the usual political map – such as Labour voters in the North of England and London who voted opposite ways when it came to leaving Europe. "There is this great antagonism between classes and this anger in the working class who think the people in the power bubble in London have ignored them economically, socially and politically," says Newson, "and I think they’re right."

Despite its continuing relevance, Newson has still updated the work to suit the modern world. "When I created Enter Achilles, we could smoke on stage, we didn’t have mobiles, and Brexit hadn’t happened," he says. "So there were a lot of things that needed to be updated."

Once the work had been updated, Newson needed to find performers who could convey his vision. This was not an easy task. In his own words, Newson’s work "is not obtuse, it’s not about how many pirouettes they can do, it’s about the character."

After years of training in high-end dance schools, learning to move in unusual ways, professionals can sometimes forget the basics of human interaction. As Newson says: "There are a lot of dancers who are very well trained in how to move their body parts but they don’t understand body language, which is so ironic." He adds: "This natural understanding of body language is the essence of my work."

Focusing on our natural ability to observe body language, Newson uses contemporary dance to communicate with people of all backgrounds: "Because most people consciously – or unconsciously – monitor body language, you can feel if something is wrong by how people move. That’s how I have created the basis of the work. I want it to be understood by both dance aficionados and Joe Bloggs down the street."

This brings clarity to what Enter Achilles communicates: "The intention of my work is not to obfuscate, not to pretend to stay something with this pretentious language, but actually to say something in a language we can all understand," he says.

Is Newson attempting to shift the deeply ingrained lad culture with this work? "I hope I can make people aware. I would hope the work makes them ponder."

It is something Newson has pondered himself, as he mentions a personal experience. "My cousin, who is an electrician, recently helped my parents out and he was horrified when I went for a hug rather than a handshake," he says.

A reaction that seems ingrained within masculinity. "He expected this distance between us. I’m curious about how that emotional distance has impacted the rest of his life. Don’t get me wrong, he’s a lovely guy, but I think, what is it about men’s inability to connect with emotions other than anger?”

There is still much to be said about masculinity and all its forms – whether destructive or constructive. "There is still a very strong code for how men can and can’t behave," Newson says. "I think masculinity does need re-examination and I hope the piece provokes conversation."