Carlotta: 'I'm going out with a bang'

Interview: Carlotta returns to Adelaide with Queen of the Cross for one night only 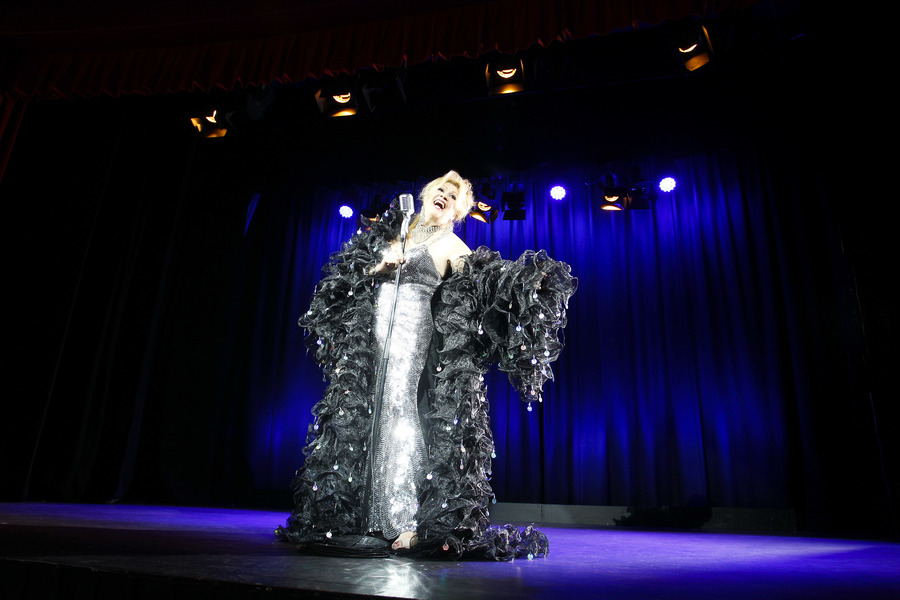 As a musical memoir of her legacy as Australia's first showgirl and standalone entertainer in her own right, Carlotta once again stars alongside musical director Michael Griffiths in reprising her show Queen of the Cross. "Ever since I teamed up with this fella, who's so talented it makes me sick, we both created something that I enjoy," Carlotta says, gesturing towards Griffiths.

"I was always involved in big shows that had nine or ten girls in one show. This is different for me… It's great and we have a real hoot together. It's an unlikely combination but it's a good combination. It works."

Carlotta is of the iconic Les Girls fame, where she began her thirty-year career in the 1960s as star and compere, commanding Sydney's swinging red light district – Kings Cross – during its heyday. Initially touted as an 'all male revue' Les Girls in fact comprised an ensemble of talented transgender women. However, while solace and community was found within this highly visible facet of the entertainment industry, Carlotta emphasises the showgirls' involvement was typically a matter of necessity. "The thing is, we had to do what we had to do in those days because that was our only crutch. We had nowhere else to go. It's not like today… That was the only place we could work to be ourselves," she says.

Becoming an inadvertent political activist as a result of her fame, Carlotta remains as outspoken now as she was during her first media storms. Her most pointed social criticism is that of political correctness, which she hails as the downfall of Aussie larrikinism that she forged her career from.

"I've got I don't know how many more years on this beautiful planet but I'm going out with a bang. I'm not going to worry if people get upset because I say something. I know where to draw the line but I’m not gonna lose my ockerism, no way!" she says.

There is a lot of societal pressure for LGBTQI+ folks in the limelight to adhere to a certain, singular mindset, but anybody who knows Carlotta knows she didn't stake her claim by placating anybody.

This is the first time Carlotta has graced the Spiegeltent for Adelaide Fringe. Returning with her signature raunchy reprisals of jazz classics, Carlotta will prove once again to Adelaide audiences why she is cabaret royalty. "But be warned," Griffiths says, "you won't be safe in the back row. Carlotta will spend half the show with the crowd."

"That’s what I do, darling," Carlotta laughs.

"Believe me, they don’t come along to hear my Streisand voice."

Fortuna Spiegeltent at The Garden of Unearthly Delights, 7pm, 27 Feb, $35