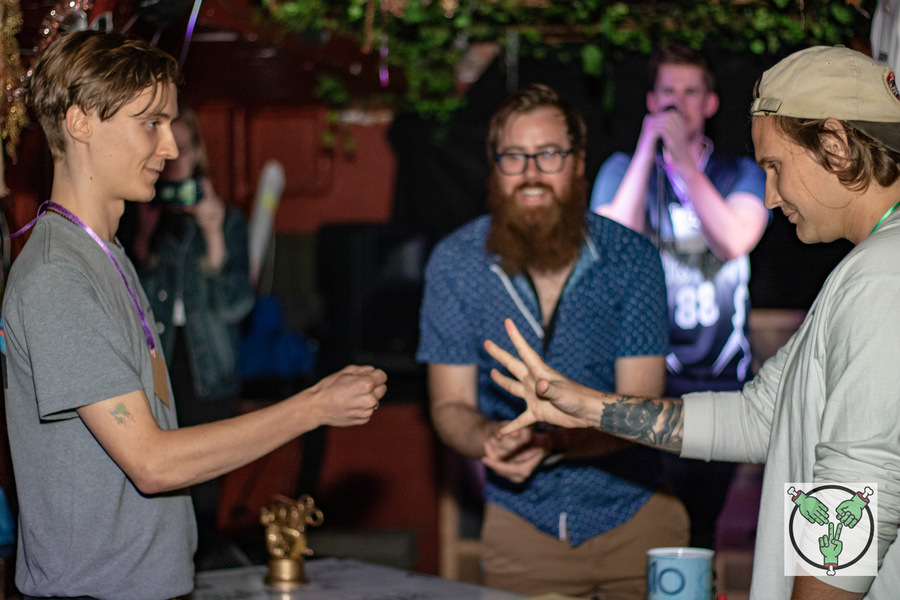 What inspired you to create a Rock, Paper, Scissors-themed charity event?

We attend the Adelaide Fringe every year and had often dreamt of participating. But we don’t have any special skills, so we joked about doing a 'Rock, Paper, Scissors' tournament.

When it came time to formulate the show, we kept coming back to the fact that this was about having fun. It just made sense to us that it should be for charity, rather than to turn a profit.

Ultimately, 'Rock, Paper, Scissors' is a little silly to run a serious tournament around. A charity championship seemed ideal for getting people involved and keeping the competition light and friendly.

How many years have you been running it? What was the winning charity last year?

This is our second year, and it’s still evolving – this year is bigger and better than 2019, with an improved tournament system that will streamline the event, and lots of attractions besides the competition itself. We’ve also included a wooden spoon tournament bracket, to find the Most Unluckiest RPS Contender 2020.

Last year’s charity (selected by the winner) was the Hutt St Centre, a not-for-profit organisation that helps people facing homelessness. They provide over 40,000 meals yearly and offer support services to over 2,000 people in need.

Each of the event’s volunteers selects a charity that is close to their hearts, and the winner is given the option to select from them.

How competitive does it get? What tends to be the best strategy?

It’s a fun and friendly competition, based on random chance, and in the name of charity – so it gets very competitive. For instance, last year we had a dance off for a last chance wildcard entry, which got... intense. So just being skilled in hand-to-hand combat (both kinds) may not get contenders over the line.

There are three main strategies for competitive RPS:

Being purists of the sport, we acknowledge only the Holy Trinity. Leave your Spocks, lizards and bombs at home, guys! Yubitsume awaits the foolhardy.

Why should people come along?

We think this event represents the essence of Adelaide Fringe: people coming together for fun, a bit of adventure and all for a good cause. Anyone interested in this event should walk away with a smile on their face, and hopefully a trophy for their pool-room.