Ingenious sets, puppets and comic theatricality collide in this poignant examination of the climate emergency 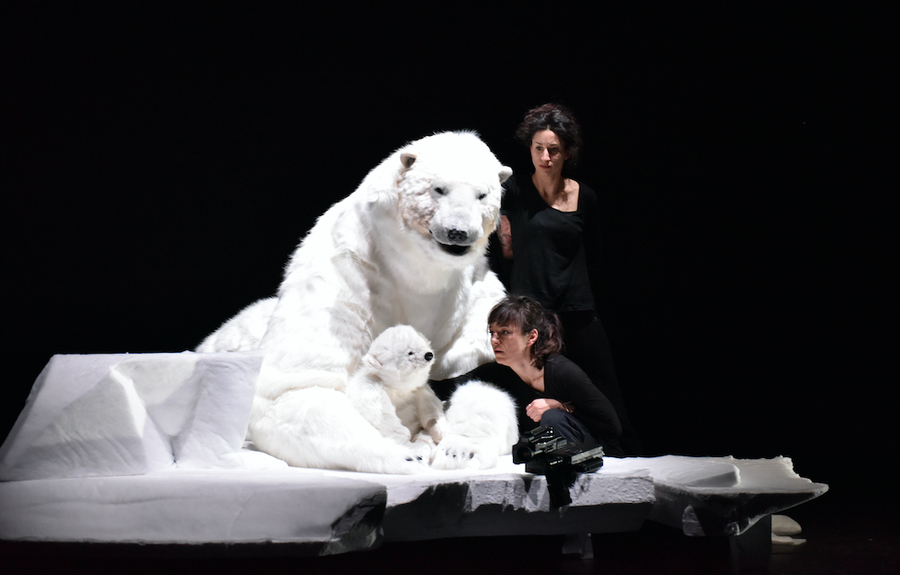 How do you spend your Sundays? Reading the paper, having a nice coffee, maybe doing some housework? Would you continue doing this while a fire rages outside, threatening your house, to the point where it might collapse?

It’s an absurd question, and one that hits a little too close to home for many in Australia. But taken as a metaphor for the climate crisis – or more specifically, stupefied inaction in the face of it – it’s pretty close to the premise of Dimanche, a Belgian production at this year’s Adelaide Festival.

Dimanche actually contains two parallel stories. The first depicts a trio of reporters documenting wildlife in the Arctic tundra – “a way for us to show climate change in a more universal way,” explains Sandrine Heyraud, of Chaliwaté Compagnie. Performed as a self-contained 25 minute show (titled Backup) at the 2018 Edinburgh Fringe, this segment uses a masterful combination of puppetry, set design and gestural theatre to tell its story.

The use of these representative forms, rooted in reality, makes for a compelling vehicle for contemporary concerns. “We wanted to talk about climate change, but in a poetic way,” she says. “Well – not a poetic way, I mean it's not a documentary show. We dream more with images and with visual things.”

We remark that this is especially timely given the overwhelming saturation of climate crisis coverage in the media. “It's how lots of people feel about climate change because they find it so huge,” Heyraud agrees. “That's what really we wanted to explore with Dimanche, this décalage – the gap – between the extremely urgent besoin d'agir – the need to act – and the fact that we're continuing our day-to-day life.”

But how do you talk about the urgency of the situation without it becoming depressing doom-mongering?

“It was a very difficult balance,” she says. “We didn't want to fall into something that was moralisateur – moralistic – but we didn't want to not say what we really are afraid of or what we think is happening. We also always use a lot of humour in our shows, so we wanted that to exist also.”

Heyraud asserts that the ultimate takeaway is one of hope. “It's the solidarity and the tenderness between the team of reporters and the family," she says. "Despite the chaos of the ecological collapse, there is humanity between them. That is more important.”