From a company inspired by children’s logic comes a dazzling interactive show of light and colour. Geoff Cobham talks about The Lighthouse 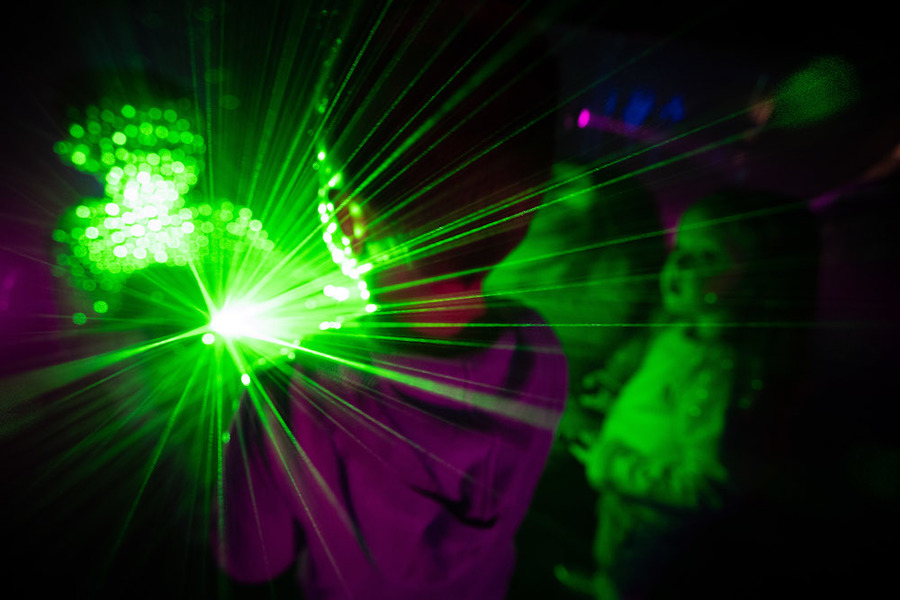 For the past 40 years, Patch Theatre’s artistic director Geoff Cobham has been working with light. As a designer in theatrical environments, where light has been his design tool, Cobham has contributed to hundreds of productions. From rock concerts to Shakespeare, fashion shows to freeways, festival clubs to forests, Cobham has seemingly done it all.

This year though, comes something extraordinary. Patch Theatre presents The Lighthouse – five rooms filled with unique observations of the science and art of lighting. The Lighthouse is a vivid and soaring exploration of light and colour. Led by a Lighthouse Keeper, audiences of all ages travel in groups of 30 through each room to explore an ever-changing landscape that varies in scale and point of view.

“The Lighthouse isn’t performed in a traditional theatre setting,” says Cobham. “It’s performed in more of an immersive installation space, like you’d see at a gallery. We’ve built a playground of wonder for the audience who are very much at the heart of this work.”

Though The Lighthouse is open to anyone, it consciously adheres to children’s learning. Cobham states that Patch Theatre explores big ideas and aims to spark children’s curiosity.

“Our process for creating theatre involves intensive development periods where all the artists involved in making the show play together," says Cobham. "We also enlist the help of children as we create the work, so we run sessions where they play in our spaces and in turn it teaches us what the work means to them. It’s all about treating children as capable audience members and giving them a secure platform to make decisions, find solutions and recognise the value of their ideas.”

It is perhaps no surprise then that Cobham’s interest in the theme of light began as an early obsession. “We are literally creatures of light,” he says. “Every day I marvel at the beauty and wonder of this thing that we all take for granted but which is at the heart of human existence. Light feeds my wonder at the universe and The Lighthouse is my ‘love letter’ to light.”

The audience, in turn, can now be privy to this ode to light, and can explore Cobham’s love letter with equal fascination.

“The audience explore by interacting with the installation and discovering the science behind the theatre magic," Cobham says. "As for the rave part, you’ll have to see the show to discover that!”