We speak to the maverick artist 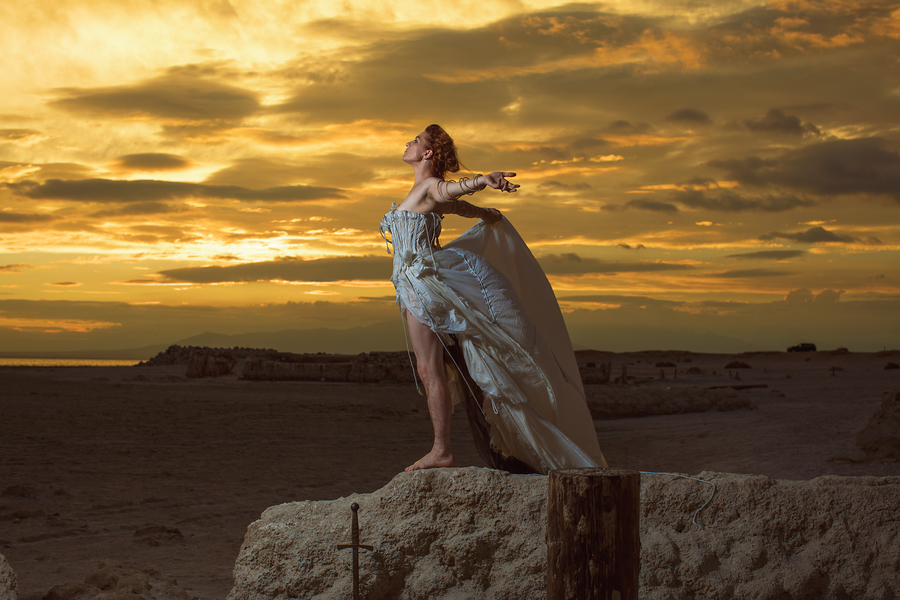 It’s been a tough start to the year for Australia. And for a musician touring the country like Amanda Palmer, things have certainly felt “more raw and magnified.

“But the weird thing is that it’s always been like this,” she clarifies. “You tour for 20 years and you realise that half your life you’re touring into catastrophe, natural disaster, political upheaval, and you start realising that your job is to deliver this show to the people who are going through the experience, and never to set yourself on autopilot. If I have learned anything – not just about writing music and playing music, but touring music and going from place to place – it is I think I’ve learned a kind of sensitivity about trying to listen as much as I’m broadcasting. Nowadays I have been enjoying really trying to learn how to be in each place that I’m in, if I can, because I think different crowds of people need different things on different days.”

This was perhaps best exemplified the night before we speak, where her performance at Mona Foma festival, Tasmania, was the culmination of a durational ‘confessional’ project. For two days, the public were invited to share intimate thoughts in a one-on-one conversation with Palmer, which she distilled into a brand new song performed at the event.

“I think I became sort of anaemic on a touring schedule that literally means you get in a vessel, you see a dressing room, you see a stage, you get back in another vessel, you see a bed, you don’t really know where you are, you have no idea who these people are or what they went through yesterday. I was only in Launceston for a week but I learned a LOT about the Earth, about the Tasmanian Aboriginals, about the genocide, about the literacy rate, about the small businesses downtown, about the police–” she laughs, “and it was impossible not to feed all of that into the work.

“I think, especially when the world is fracturing, artists who can help create some kind of narrative glue are really necessary,” she says.

Palmer has often done things differently. From controversially ditching her record label Roadrunner (a rock-focused division of the Warner Music Group) in 2010, to making Kickstarter history in 2012 by crowdfunding her second solo album, Theatre Is Evil, to the tune of $1.2 million (the most a musical project had, at the time, ever grossed), the former frontwoman of The Dresden Dolls has sought to challenge the paradigm.

A staunch proponent of connecting directly with her audience and asking for support (as explored in her viral TED talk and, later, her bestselling 2014 book The Art of Asking), Palmer now resides on Patreon. For the uninitiated, it’s a bit like Kickstarter, but with a membership model where fans can subscribe to particular artists to unlock regular and special content. As well as releasing a cover of Midnight Oil’s ‘Beds Are Burning’ for charity, she will be setting up a Patreon exclusively for bushfire relief, capitalising on this direct link with her fans to effect positive change.

Leaving Roadrunner was a defiant move against the more commercial and impersonal mechanisms of music creation and distribution. In her crowdfunded model, she focuses on sharing regular songs, videos, photos and other fragments of personal content directly with her fans, and was "overjoyed when I started to crank up my Patreon and thought I would never have to release another album again."

But in the seven years since Theatre Is Evil, she’d been through a lot. There was no grand plan to write 'the next album', but stories and songs emerged organically from a turbulent period of her life. (To coldly summarise: two abortions, one miscarriage, the birth of her first child, the deaths of two very close friends and the suicide of an ex.)

"The material just took the driver’s seat, and I got into the passenger’s seat and tried to navigate it where it wanted to go," she says. As she wryly sums up in the album’s beautiful companion book: "All of the pain and loss and tragedy of the last seven years would finally have a purpose. How fun and convenient!"

There Will Be No Intermission is Palmer’s third solo album, and the origin of its name is also explained in the book. During a gig in Gateshead, UK, an audience member needed to go to the toilet – so Palmer issued an unplanned intermission (much to the venue’s surprise). While not quite as on-the-nose as ‘The Saddest Record in the World’, its working title, There Will Be No Intermission hits on a few themes: the un-pause-ability of real life, the impassive timing of tragedy, but also Palmer’s own defiance against assumed conventions (there is, of course, an intermission on the album and the live show – and in the book).

And it’s an engrossing piano record, cinematic in its pacing, understated in its production as well as vulnerable in its writing. As explained in depth in the book ("I just fucking love context"), there's a poignant and often heartbreaking background to each track. The death of Anthony Martignetti, Palmer’s closest friend and mentor (who lives on in her son’s name Ash, "short-for-Anthony"), features prominently. As do the child she had and the ones she didn’t; it’s very much a 'birth, life and death' record.

Recent seismic sociopolitical shifts – not least of all #MeToo – have informed the album, too. ‘Voicemail for Jill’ is inspired by the tidal result of Ireland’s Repeal the 8th movement in 2018. The vote effectively legalised abortion, but also pulled into sharp relief the increasingly ossified and retrograde views on female reproductive autonomy in her home country.

Palmer’s own philosophy of unabashed honesty seems suddenly vital in today’s volatile era of reckoning. As she writes in the book, "There is real political power in telling your personal truth." And it’s through the honesty of thousands of women that the movement of #MeToo became an avalanche.

"From climate change to Trump, to the most intimate moments of my reproductive drama, it really feels like this is a moment right now on Earth where – if you are not hearing the call to stand up and simply tell the truth, and break through this massive barrier of bullshit which we have all been suffering – you’re not awake right now," she says.

We play devil’s advocate and ask about the role of suffering in art, and if truly great suffering is needed to create 'good' art. She cites noted psychiatrist (and Holocaust survivor) Viktor Frankl, who in Man’s Search For Meaning (1946) writes, "a man’s suffering is similar to the behaviour of a gas. If a certain quantity of gas is pumped into an empty chamber, it will fill the chamber completely and evenly, no matter how big the chamber. Thus suffering completely fills the human soul and conscious mind, no matter whether the suffering is great or little."

"I don’t think you need to 'suffer' to be an artist," Palmer concludes. "If you’re a human being you’re fucking suffering anyway. And then if you want to examine and reflect on that suffering for your fellow tribespeople, then congratulations, you’re an artist."