Disco with a capital D 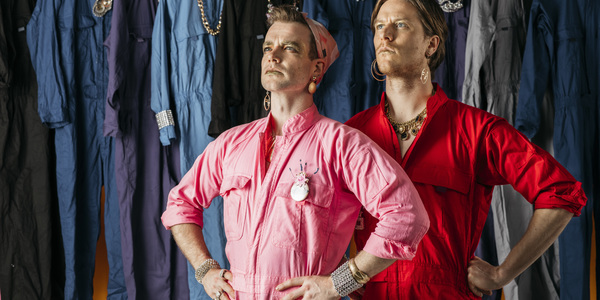 The Dollar Bin Darlings love Disco. And they want you to love it too.

First they need to explain the difference between Disco – a radically inclusive social movement – and disco: a mainstreamed, corporatised version of the music that removes people of colour and relies on broad stereotypes.

Tired of requests to play ABBA and the Bee Gees, they’re here to teach Australian audiences about the history of Disco. This is at heart a lecture about the social and musical evolution of the subculture. It’s a fascinating journey that’s filled with anecdotes, asides and several hilarious rants. It’s also a very new show. While at times it’s a little dry, the Dollar Bin Darlings can soon ditch the notes and lose themselves in the performance the way they would on the dancefloor.

Early Disco culture was among the first widely visible expressions of queer culture. The trio embraces the movement as it embraces them. They call it “a party as political stance” and want to reclaim the music that celebrates pleasure and diversity from the tacky overmarketed behemoth that disco became. As queer icons became less visible in disco, so did people of colour.

This is, at heart, a celebration. So as the lecture concludes we’re invited to turn the theatre into a Disco with a capital D. Forget hyper-exclusive scenes like Studio 54 – this party is all about radical inclusivity, and that’s something that’s easy to embrace.