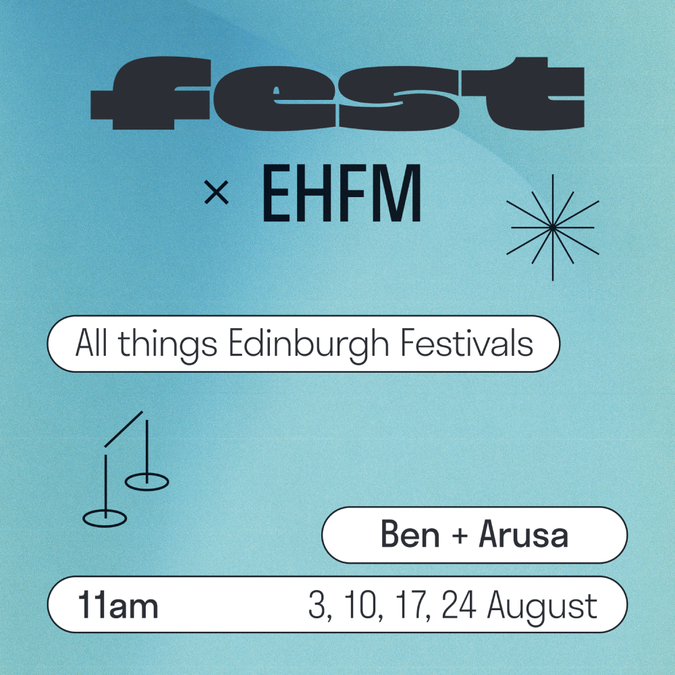 Edinburgh-based online radio station EHFM have kindly agreed to host Fest weekly in August, for a show that coincides with each issue of the magazine. Every Wednesday, Arusa and Ben will run through their highlights, chat to special guests and play some tunes to get everyone in the festival spirit.

In episode two, they spoke about Fest's highest ratest shows so far and the latest cover stars Ibeyi, as well as what they were both personally looking forward to catching in the weeks ahead. Plus, comedian and Stamptown boss Zach Zucker joined the show to speak about his return to Edinburgh and what we can expect from the upcoming Stamptown Comedy Nights.

The next show airs live on EHFM on Wednesday 17 August at 11am.