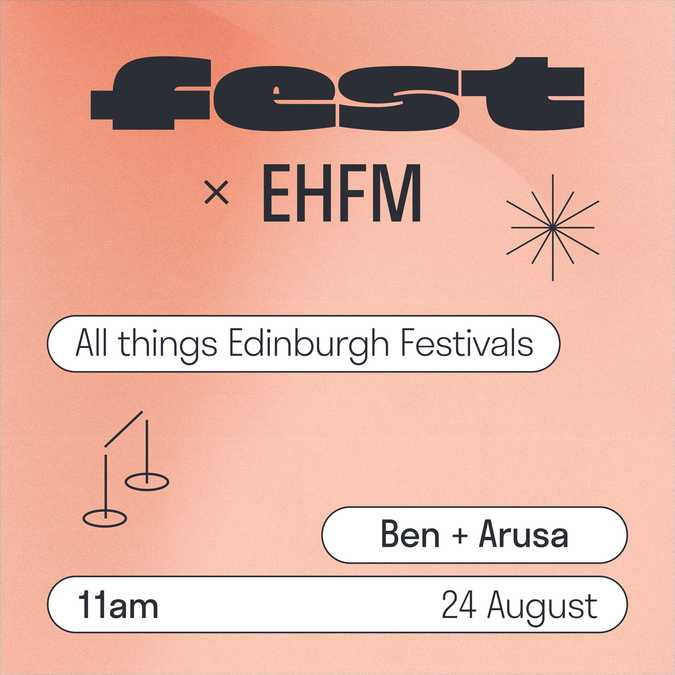 Edinburgh-based online radio station EHFM have kindly hosted Fest weekly in August, for a show that coincides with each issue of the magazine. Every Wednesday, Arusa and Ben run through their highlights, chat to special guests and play some tunes to get everyone in the festival spirit.

In the final episode, they spoke about their Edinburgh Comedy Award predictions, their favourite shows of the month and the So You Think You're Funny? Grand Final, as well as the latest issue of Fest and its cover star ALOK. Plus, Darren Pritchard, who is the co-writer and director of Payday Party, which has arrived at the Fringe as part of the Wales in Edinburgh showcase, joined the show. Darren is presenting Payday Party with theatre company Common Wealth, who Fest interviewed earlier in the month.