Aaron Crow's FearLess has the audience on the edge of their seats, as one dangerous stunt is piled relentlessly on top of another 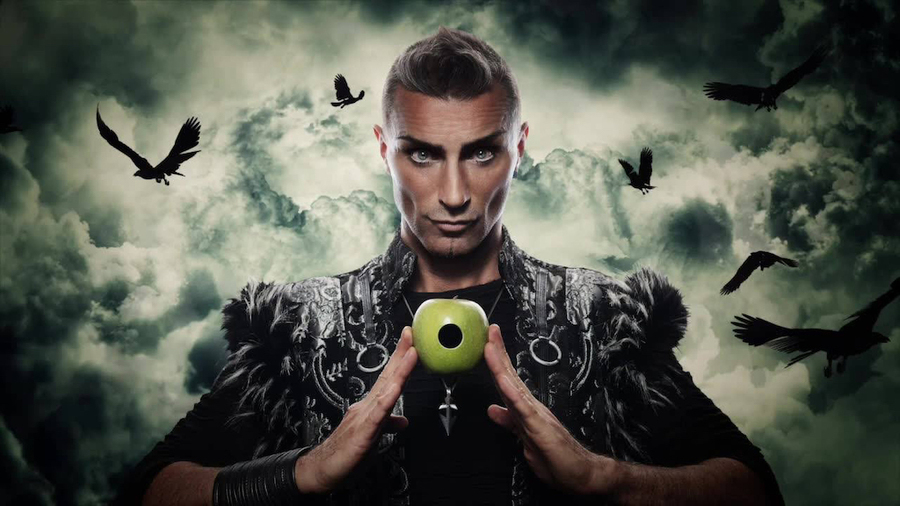 Is Aaron Crow FearLess, or just insane? After watching the show, it’s safe to say that he is both.

But more than FearLess, Crow is a master of non-verbal suspense. He remains mute throughout the entirety of the show and in doing so eliminates any barrier of communication with his audience. Such a performer does not need words when their actions shout so loudly.

With each feat comes an ever-increasing level of intrigue – what is risk to Crow is reward to those watching. A Russian roulette of daggers, threading several ingested needles, shards of broken glass all seem child’s play to this master of madness. And despite the stage being awash with peril, every audience member that he invites up to assist him seems simultaneously nervous and comforted. Crow’s gaze is both arresting and endearing, a mischievous glint that suggests mayhem but delivers magic.

And then things get more serious. Ninja-like reflexes save Crow from a potential amputation. A staff beating out his pulse seems to slow and even stop. In those split seconds, a realisation sets in: if any of this goes wrong, Crow’s life is in serious danger.

Every aspect of FearLess heightens its mystery, from the uneasy silences to the stereotypical music and Edgar Allan Poe-inspired projection imagery. But this show that is more than merely dramatic – it has dramaturgy. Crow is both a madman and a genius, but most of all he is a consummate performer.