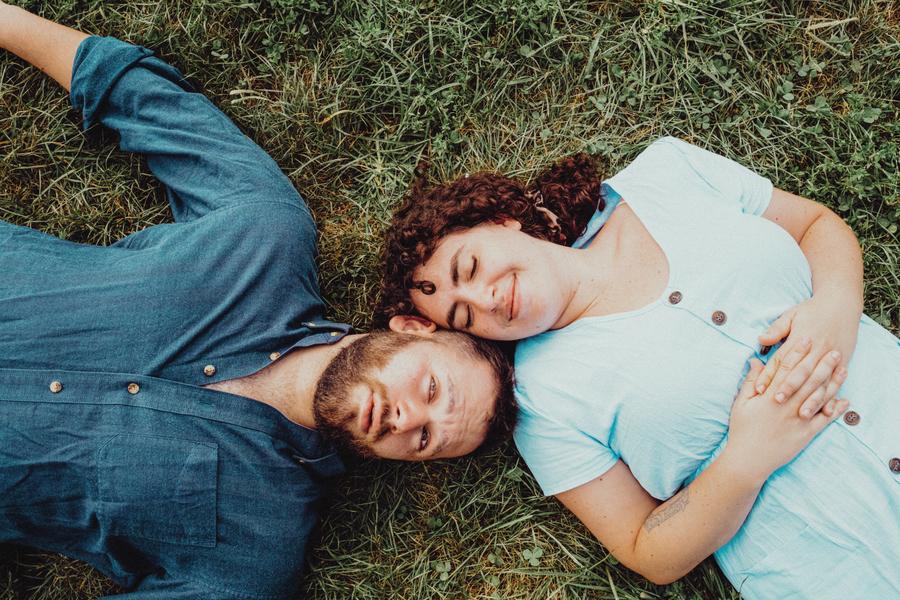 Man and Woman is a Fringe-first hour which parodies those classic Boy meets Girl stories through an am-dram, male-dominated lens. The writers and performers, Marcia Belsky and Jake Cornell, had their own meet-cute over lockdown: "Jake and I became friends because we got introduced by a mutual friend and he told us that we lived down the street from each other."

Cornell’s background in sketch and improv (he’s an alumni of the prestigious UCB) made Belsky doubt whether his comedy would gel with her own. She says: "Actors aren't generators, you know what I mean? They're just regurgitators, but you (Jake) were really good at stand-up."

Cornell jumps in: "I know if you asked me directly, if you were good or funny, and I had to lie, you wouldn't believe me... I would have known you were lying. 100%.

"It was such a relief to know that I could look you straight into your human eyeballs and be like, you're so funny."

As two solo acts, both were surprised by the ease of working with each other. Cornell initially panicked, wanting to prove himself to Belsky: “I was like, ‘I'm not generating anything. I'm stuck. Marcia's gonna regret that she's doing this show with me’”. For Belsky: "it was really illuminating for me because I realized that I've also gotten better at working with people. I can just communicate myself better. So I think I exceeded my own expectations." 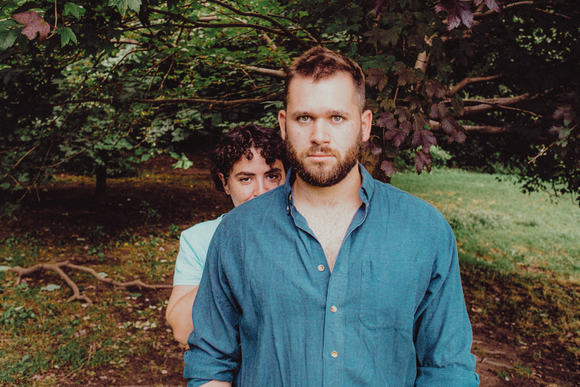 The duo say they’re quite similar – "pushy but not unkind" – which helped their writing stay tight. "There have definitely been moments where there was a split second where you really pushed for something and I'm like, ‘Fiiiiiine’. And then an hour later, I think, ‘Wait, she was right’” confesses Cornell.

Belsky’s known for her musical comedy. She applied her writing approach to Man and Woman too. Cornell says Belsky would say things like, “‘The music is off. The musicality of this is off’”. During the writing, she had a revelation: “I didn't realize that until we were writing this, because this is a non-musical project, it's made me look back at my stand-up and realize that there's a musicality to my flow there. And if I can be more conscious of it, I can control it and write better jokes”.

Musicality connects the pair’s writing styles. Cornell says: “A lot of my writing for the show happens while we're doing the show on stage, because that's when you're fully in the musicality of it. That's when I'll cut a beat that wasn't working… or I’ll add a beat that makes more sense.

"I can’t tap into that really funny part of my brain until I’m under the pressure of doing it live”.

The show tackles cliched and lazy writing head on. Having experienced it first hand, Belsky sees creating the piece as a gift: "For me, just getting to be in on the joke and create it, especially 'because when you're a female performer, you're supposed to be so grateful for every role" and penalised for applying critical thought: "Whenever I get sent some of these auditions, I have to email my agent and say, ‘This is so sexist. I'm not reading this'."

However, both are well aware of the pitfalls of framing a show which leans so heavily on irony. "That’s the line with any sort of ironic humor is first of all, is it your irony to make fun of? If you are not the victim of it then no", Belsky explains. They have a thorough vetting process, ensuring the butt of the joke isn’t misplaced: "I don't want anybody in the audience to be, you know, laughing at a gendered joke for a transphobic reason".

Cornell thinks looking at their jokes from every angle makes the show even stronger: "Every time it’s just finding ways to make these jokes really precise. So that they're consistently funny without having any twinge of pain to them.

"That’s what's made the show better and better".