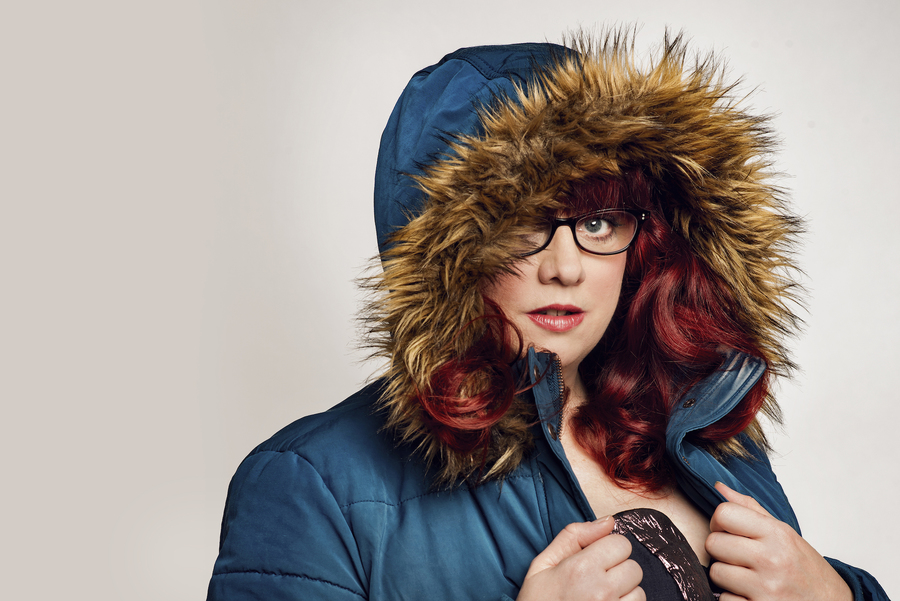 Likening her restless brain to a “coked up Hollywood scriptwriter” at a party trying to sell you their latest script, Angela Barnes jokes that nowadays she's surprised to meet a comedian who hasn't got ADHD.

High-profile acts such as Stephen Fry, Lee Mack, Rory Bremner, Rhod Gilbert, Aisling Bea, Shaparak Khorsandi, Trevor Noah, Josie Long, Lucy Porter, Robin Ince and Deborah Frances-White are only some of those who have spoken out about their Attention Deficit Hyperactivity Disorder and struggles with concentration and impulsiveness. A glance at this year's Edinburgh Fringe brochure reveals Alfie Brown, Simon Brodkin, Alice Brine and Marjolein Robertson talking about it too. And they're not alone.

Barnes doesn't exhibit the physical “hyperactivity” that most people associate with ADHD, of “naughty nine-year-old boys chucking chairs around classrooms”. Instead, it's her thoughts that are “constantly throwing worst-case scenarios at me”. Diagnosed last year, at 44-years-old, she's now a confidant of fellow comics who suspect they have it. Historically, ADHD has been overlooked or misdiagnosed in girls and women. And like many, Barnes had grown up internalising her disorganisation and procrastination as personal failings, unaware that her anxiety and depression had a root cause.

“The reason it feels like everyone's suddenly got ADHD is because these diagnoses, particularly for women, have only been around for a couple of years, so of course there's this explosion” she says. And there appears a higher percentage of stand-ups with ADHD than there are in the general population because it's the “perfect job” for someone with the condition.

“It suits me to have a lot of variety, to not be with the same people every day” she explains. “I've driven 1700 miles this week, that's mad.” Perhaps most relevantly though, “somebody with ADHD doesn't hold onto [the brain's reward signal] dopamine, so you're constantly looking for that next hit. And strangers' laughter gives you that in abundance.”

Barnes was “euphoric” to be belatedly diagnosed. But Stuart Goldsmith is hesitant about getting his “scatty” traits formally recognised, his resistance stemming from “the idea that being special is so seductive and to an extent, it solves all your problems. What if this is just a bandwagon?”

NHS psychiatrist and stand-up Benji Waterstones doesn't go that far. But he observes that while “'self-diagnosis' seems quite fashionable, it is very different to that made by a doctor trained in diagnosing mental disorder.” But “even a formal diagnosis can be problematic.

“Psychiatrists rely solely on a patient’s subjective descriptions and our subjective observations of their behaviour, and subjectivity isn’t a bedfellow of hard science … Confusingly, we will all sometimes experience inattention, hyperactivity and impulsively. Where to draw the line between normal and pathological is usually defined as the point at which it impacts on someone’s ‘functioning’, which is arbitrary too.” 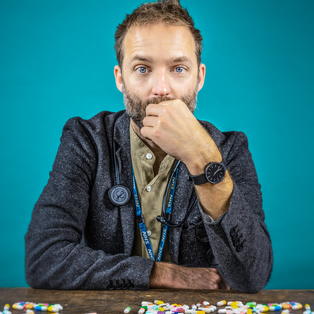 Currently writing a book, You Don't Have To Be Mad To Work Here, and adapting it for television while performing at the festival, Waterstones adds: “Out of curiosity I recently did an online screening tool for ‘adult ADHD’ myself and was surprised to be told I have symptoms consistent with the disorder and to seek medical advice. I am often distractible and restless in this hyperconnected, digital age, where our attention is the commodity that companies are vying for. But I suspect that my score was less explained by a mental illness and more a consequence of my hectic 21st century lifestyle.”

Few environments are more hectic and distracting than the Edinburgh Fringe. Yet Goldsmith, who's attending for an incredible 26th time, reckons that while he's “very self-involved, forgetful and easily distracted, I'm pretty high-functioning and effective”. Managing the admin of being a self-employed solo performer has involved “creating little strategies to get around” his so-so memory. Moreover, his forgetfulness and puppyish, people-pleasing tendencies afford him material. “Many years ago, I introduced myself to someone I'd already slept with. I mention that not because I'm a huge player but because something wasn't right, the synapses didn't fire in the right way. My desire to be friendly and outgoing overrode anything else. She was like 'Christ, are you fucking kidding me?!'” 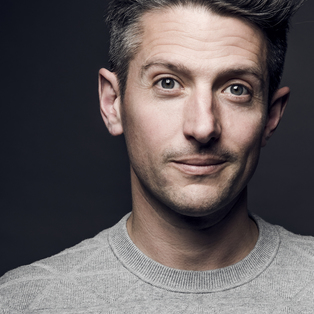 As a writer, performer, director, podcaster and vocal campaigner for several causes on the comedy circuit, few acts juggle as many projects as Kiri Pritchard-McLean. Admitting that she lost five bank cards over lockdown without leaving the house, she nevertheless ventures that “people tend to make assumptions that ADHD comes with chaos and maybe a lack of completion of projects”. But the Welsh comic, who was diagnosed at 23, is thriving because she seeks out effective collaborators.

“The places where you would see me have 'success' in inverted commas,” she suggests, “are those where there are other people to prop things up and move them forward. I need a producer who's across stuff, not too easy-going and breezy, otherwise it just won't happen. I find it really easy to write in pairs. And with my sketch groups [Gein's Family Giftshop and Tarot], I'm great when you've got me in the room and you've got my attention. But I need someone to capitalise on that, then three or four people picking up the slack when my attention wanders.” 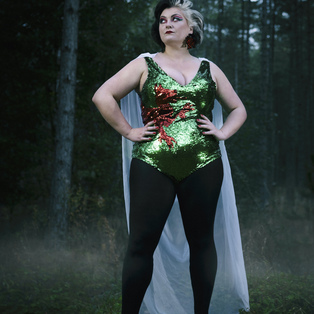 Wary of being defined by her ADHD, Pritchard-McLean points out that for all the benefits of lateral thinking and creativity associated with it, “most undiagnosed people are male and are in prison. How it affects the general population is not as glamorous as performing comedy, we've just managed to find a workspace that supports us”. Even so, “all the women I know with ADHD are chronic, unbounded workaholics who suffer from burnout quite frequently.”

Barnes hopes greater awareness means that “young women who are in the same boat I was in won't have to go through what I went through. I was so unwell throughout my 20s and my early 30, if I hadn't stumbled into comedy I'm not sure I'd still be here.” So does performing stand-up ameliorate ADHD?

Victoria Melody has made the link between dopamine and stand-up her principal focus. The “documentary theatre-maker” typically “embeds” herself into her subject matter for several years. She's only been performing stand-up since 2017, just before her ADHD diagnosis, but is now hooked, gigging five nights a week. 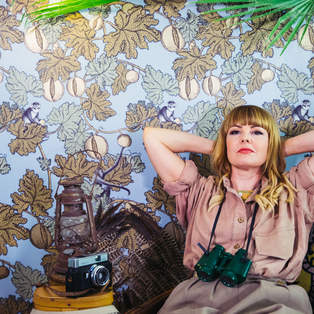 Initially struggling with formulaic concepts like the comedic rule of three, of building tension and releasing it, “I was failing” she says. “But I was also failing at life before the ADHD diagnosis. I was masking, because I didn't want to admit that I had a bad memory or that I was exhausted because my mind was going 200 miles an hour, that I pretend I'm listening and find it hard to follow instructions.”

In her hybrid theatrical-stand-up show, Head Set, Melody is conducting an experiment with neuroscientist Dr Silvana De Pirro, wearing an EEG (or electroencephalogram) head set to show her brain activity as she performs. As an alternative to conventional medicine, comedy has several things to recommend it. People with ADHD are “oversharers, but in stand-up that becomes a positive” Melody suggests. “Blurting things out without any filter is very funny and not offensive in the right environment. Usually, we have all these brilliant ideas but our neurotransmitters can fizzle out. However, an audience's expectations is a hard deadline we have to meet.

“You can see my focus, my engagement, my excitement and how relaxed I am. It's an insight into my brain and audiences really love it. So it becomes part of a positive feedback loop.”

For Waterstones, comedians feeling that “stand-up helps with their ADHD-like symptoms, seems as good and benign a treatment as any. Our understanding about so-called mental illness is still very primitive compared to physical health, so we just need to find what is most helpful for each individual.”