A promising in-progress show from the NYC-based comedian 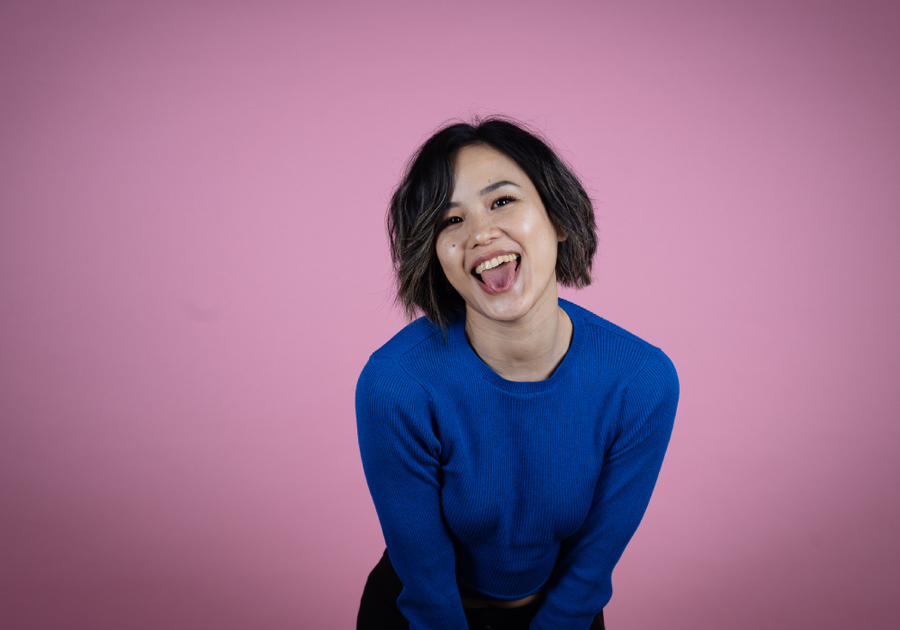 One lesser-spotted but always strange Fringe event is The Unexpected Support Act, where a comic who – despite only doing an hour at most – offers the opening chunk to someone else. It’s often a nice gesture, giving another act a few minutes to plug their show when you’re getting decent audiences, but can also seem like you’re struggling to fill the time.

Ann Chun refers to this afternoon’s opener – the likeable Otter Lee – as the ‘host’, which is a little odd given that she introduces him. He’s arguably more hype man really, that ten-minute set peppered with references to Chun’s upcoming show. By the time he eventually departs, expectation levels for Asian Divorce are right up there. We’re like first-night Marvel fans awaiting Avengers: Endgame.

But there’s an immediate issue. Where Lee projected, Chun’s set is more theatrical, and sometimes quiet, which is tricky with a big noisy fan on stage too. It’s hard to hear near the front, so must be baffling further back. Thankfully there are visual aids, as Chun explains her parents’ curious post-separation living arrangements, plus piped-in contributions from various loved-ones.
The show is ostensibly about how that divorce affected her own love-life, and Chun is a charismatic, er, headliner, energetically illustrating those liaisons. But suddenly, what seems about 30 minutes in, we’re done; no real exploration of that split’s psychological impact, or satisfying conclusion. Asian Divorce is, essentially, a very promising in-progress show, still searching for its other half.