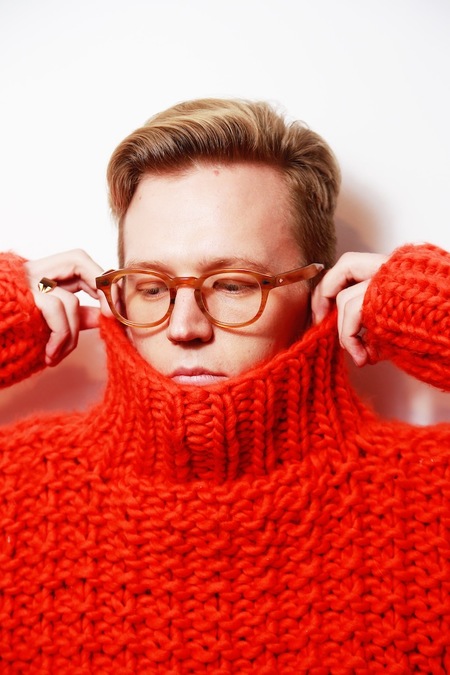 It’s a tricky line to walk, that of the funny-but-serious standup routine. New Zealand comic Chris Parker proudly and deftly struts down that line in a solid Edinburgh debut with a lot of heart.

Coming from a country with a bad rap for homophobia, and a particularly conservative school, Parker isn’t here to hold back when discussing the toxic culture surrounding his formative years. But for all its bite, Camp Binch is still mostly light and witty – just tempered with a giving-no-fucks attitude that revels in its maybe-only-half-joking “gay agenda”.

Structured around key moments during his time at school, but bookended by a musical number, Camp Binch is an uncompromising and personal look at New Zealand’s repressed approach to homosexuality, via the country's blind, blokey reverence for their national rugby team. Parker is quick, mischievous and not afraid of flashes of surrealism, navigating his set with an easy—if restless and sweaty—confidence.

Parker’s acid tongue can deliver a well-crafted gag, but he’s at his best when ad-libbing and self-referencing on the fly (catch him in Kiwi improv show Snort at Pleasance for more). It’s a shame the format doesn’t give more space for this, as not every pre-written line is a home run – Parker instead compensating by hurtling through them at a breakneck pace.

Not that this weakens Parker’s message. It’s a brave but necessary MO, to punch up at the cis-het hegemony, and express genuine fear over the state of the arts and the role they play in the lives of the LGBTQI+ community. As a comedy hour, there is room to grow, but as a step forward in the conversation, Camp Binch is raw and vital.