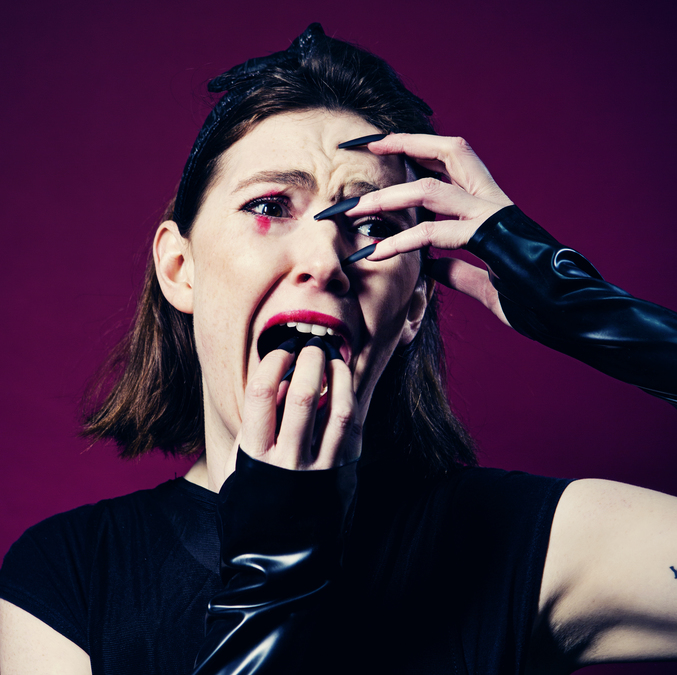 How many people live inside the tall, wiry frame of Elf Lyons? How many voices? How can the svelte mannerisms and (inexplicably) French accent of Lyons' mother live alongside the furious snarling and dick-chopping of the monster she has in there? How can Lyons function with the appalling ghost of her boarding school matron inside, every night victim shaming her for sexual assault?

There's an awful lot to unpack in what amounts to an hour of horror-inspired psycho drama. Maybe even too much. One key theme is around the psychological trauma adults inflict upon children, which they then completely disown – a theme lovingly linked to the novels of Stephen King whose child protagonists know they can see monsters, though the adults responsible for them deny it. A repeated motif of her mother and others delivering bizarre truths at bedtime provides reliable, complicated laughs, and a great deal to think about as Lyons' grapples with her own daytime profession as a teacher trying to both validate and nurture the young people in her charge.

A further theme is around sexual violence, and there's a fantastic exposition of the ways performance and clowning can be used to confront and externalise rather than internalise this trauma. Lyons is a) hilariously self-aware about her Philippe Gaulier training and b) able to put it to use in one of a handful of utterly inspired set pieces. The final one of these amounts to an orgy of violence against fruit and veg which is entirely artistically justified. And hilarious. But the whole isn't quite as slickly delivered as these extraordinary parts. There's a deliberate, Hammer-horror vibe to a lot of this which strays sometimes into haphazard. I still can't work out why Lyons spent half the show with mop heads down her tights.