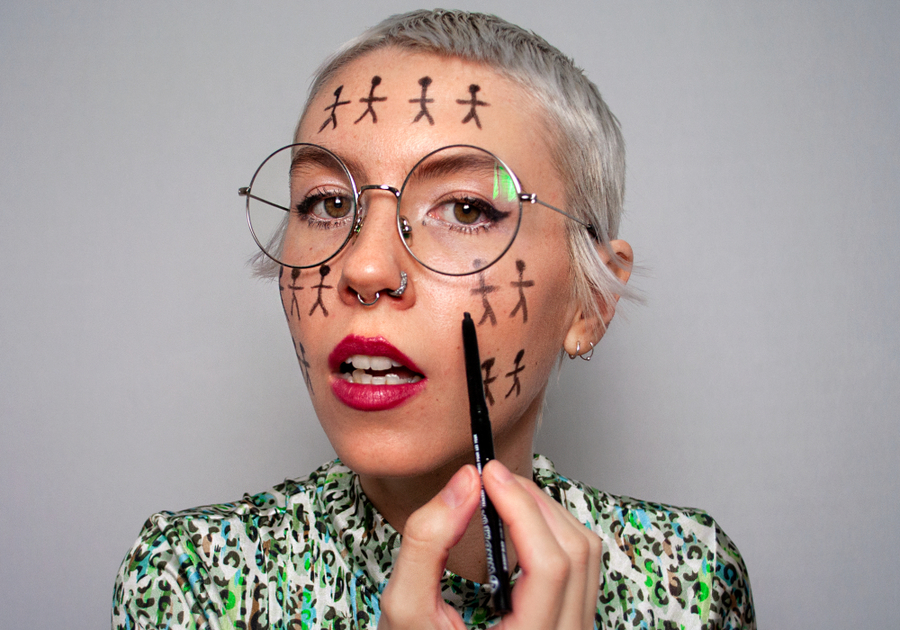 New comedians are always told to work on ‘finding their audience,’ and Eryn Tett plans on taking that advice literally. Armed with a flipchart, a microphone and a TV screen, Tett presents an hour of comedy-slash-market-research designed to hone down her support and pinpoint her perfect audience member.

Tett’s comedy falls somewhere between stand-up and absurdism, a string of one-liners, observations and idiosyncratic impressions. She is affectedly awkward, immediately likeable and, once you settle into the rhythm of her offbeat material, consistently funny – for the right audience, of course.

This show is high concept and its format is brave; the comedy is interrupted at scheduled points to gauge audience feedback and contribute to Tett’s data collection. She deals confidently with this intense audience interaction and relieves the pressure with reference to the data she has already collected – certain sections of the seating plan tend to like her more than others; will the pattern continue?

Tett uses technology well to punctuate the show. While pre-recorded video clips of her signalling a data collection moment aren’t strictly necessary, pastiches of sponsored ads are clever and funny and one particular reveal about her findings so far leads to one of the show’s biggest laughs.

The premise of the show works for Tett because it’s true that she will need to find her audience; this brand of semi-surreal and esoteric comedy won’t be for everyone. But for the right audience, this is a fun Fringe hour spent with an accomplished comedian.