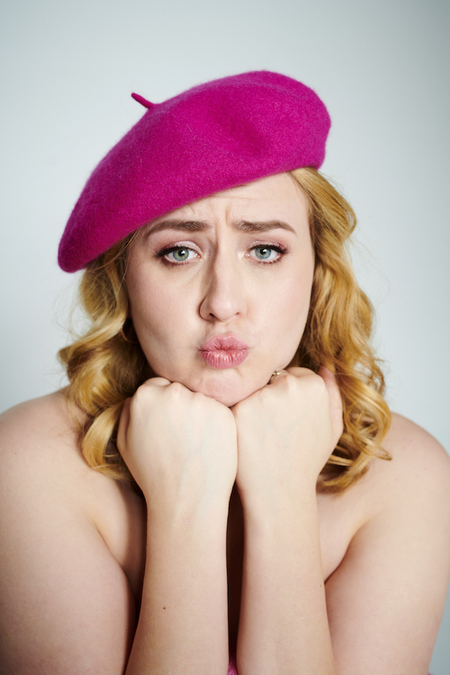 Helen Bauer is a natural, but not one of those serious comedians. Her voice, our laughter, reverberates around this bunker’s walls.

She's keen to reassure us she's not going to give us a narrative arc or theme. A fan of popular series such as You’ve Been Framed and any video channel on YouTube where people make exposed tits of themselves, her comedic taste is instructive of her desire to keep things light.

Bauer keeps subverting the idea of the kind of poingnant Fringe show she first mentions and it's hard not to second guess her, to think a deep, meaningful and handwringing routine is round the corner. Though usually what follows is more stories about cheese and her dad taking a dump in the shower.

Similarly she doesn’t elaborate too much on her German ancestry and go all Who Do You Think You Are? on us, something that must have been tempting when looking for a hook to lure in Fringe audiences. Indeed it’s her mum’s unorthodox drama school, run from their home which offers enough in dramatics for Bauer to make comedy without needing any real tragedy to sustain a story.

And yet, despite her wish to stay on the surface and entertain us, Bauer's insight stays in mind. On troubles such as the dread of becoming like an eccentric parent, or the way a long relationship can involve sex but remain unrequited, Bauer is acutely perceptive.