A rich and comic hour from the Bard of Bedfordshire 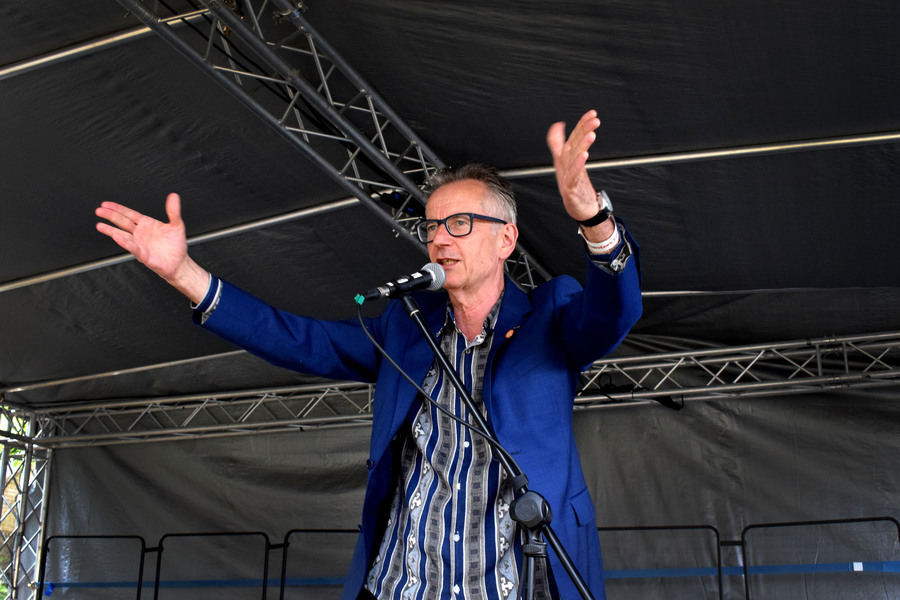 Inspired by this sometime veterinary school venue, John Hegley's latest hour is sprinkled with poetry and illustrations of animals, including owl acrostics and his superbly pithy poem Guillemot, the audience fully engaged in supplying accompanying gestures to the free, unfettered silliness of the wildlife tableaux the poet evokes. Yet the Bard of Bedfordshire also returns to his long-running interest in John Keats. He touchingly shares the Romantic poet's devotion to his younger sister Fanny and rescues his reputation from tragic victimhood as one who lamentably died too young, disclosing the man's more light-hearted and capricious side.

Chiefly though, Hegley is once again exploring his French lineage, the romance of his parents, his relationship with his father and the way the man seamlessly changed his identity from Rene to Bob as he brought the family up in Luton. Rich and comic, Hegley's verse here is fond and nostalgic, yet still conversational and vitally present, bringing his parents, grandparents and their risks, travails and experiences directly to the mind's eye.

In an early afternoon slot, there's a languidness and playfulness that occasionally tips over into self-indulgence. But Hegley is so evocative and sincere beneath the often deadpan expression and idiosyncratic flights of fantasy. Never less than engaging, his finely tuned wit delightfully captures the deep, still waters of love in particular.