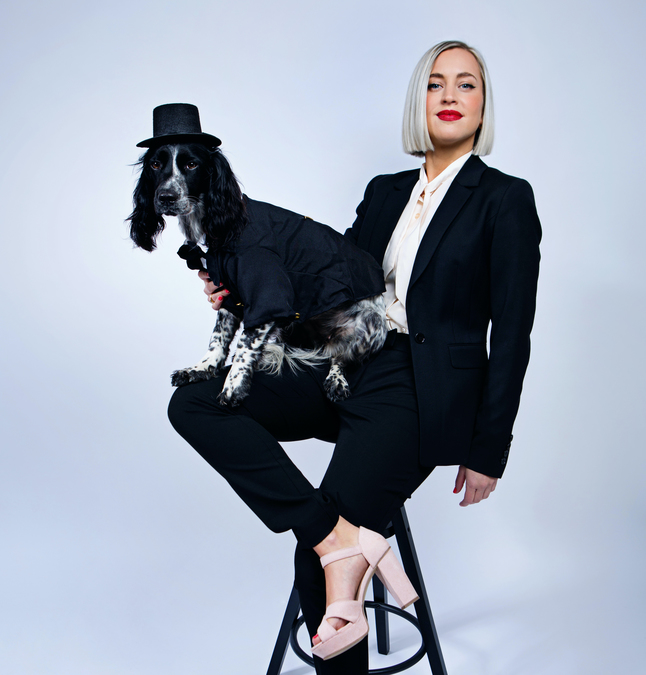 As a former dancer, Disney Princess impersonator and, also, a model for Fish and Chip shops, Lily Phillips has plenty of personal material to burrow into for her first hour. Bringing us up to date we hear about her new best friend, Blodyn – a cocker spaniel free of internalised anxieties about body image. Anxieties which start with the male gaze and being policed by creeps in cars that follow women as they walk along the street. Smut is at its strongest when drawing comparisons between Phillips' and Blodyn's differing attitudes to body image, and there's the spine of a strong show as she moves onto the exhausting concealment of bodily functions (both number ones and twos), again in contrast to her dog's free-spirited approach.

Tonight, Phillips seems to lack confidence in her delivery, leaving Smut's comedic strength and statement a little buried. This is compounded by routines on Britney Spears' odd use of Instagram, the viral news story about a date which ended with poop being flung into, rather than out of, a window, and facts about the sexual behaviour of dolphins. It's not that this material doesn't relate to the concerns of her show, but Phillip's neat commentary and perspective isn't enough to make these routines truly her own. Once she hits her stride though her potential and comedic voice is obvious, as is the bond, affection and friendship she shares with Blodyn.