An hour as tender as it is acerbic 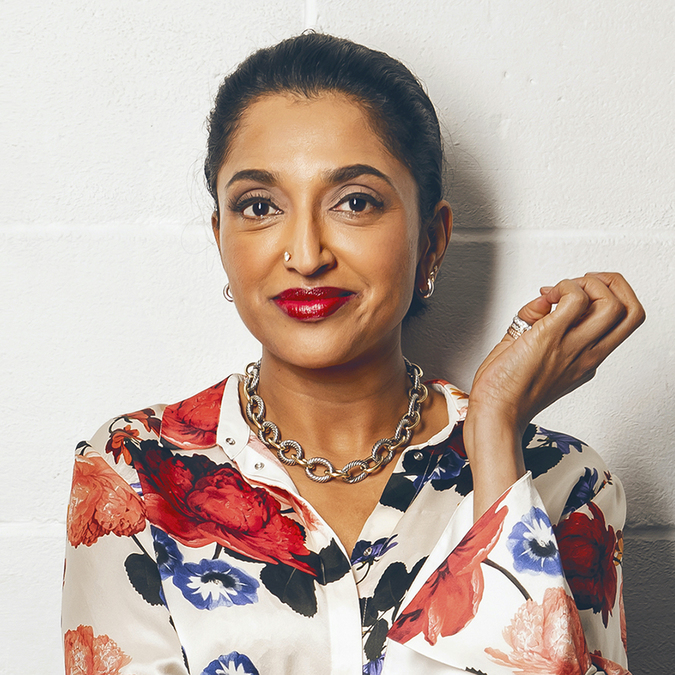 Sindhu Vee's insight on family life cause both ripples of laughter and also applause. There's a mutual respect between comic and audience tonight. It feels like trust and adds to the deceptively private moments she shares. She knows how to strike a chord as she gives us secrets of a successful marriage – a traffic light approach to conversation – and a novel method in getting her daughter out of PE. After using up a good part of the hour on haircuts and looking like a 'Karen', Alphabet fans into a reflective show about friendships and love.

In one of her best routines, she tells us how she came to be friends with Annie at school – a story that's as striking as it is tender – and how the high bar of that oldest friendship affects the standards she has for friends today. She's been in a longstanding trio and adult friendships can be difficult to navigate as we watch pals make poor decisions. Alphabet is almost elegiac in places, creating vivid and comical pictures in the mind, describing precisely why a friendship is so important: "The girl who held your hair while you vomited in an alley." These parts of the show deserve longer.

Buying flowers from an acutely perceptive florist for her sister, the loss she's felt since her mother died, add more texture to a reflective hour, though one where Vee never forgets to undercut these experiences with accomplished comedic skill.