Charming and likeable, but doesn't quite come off 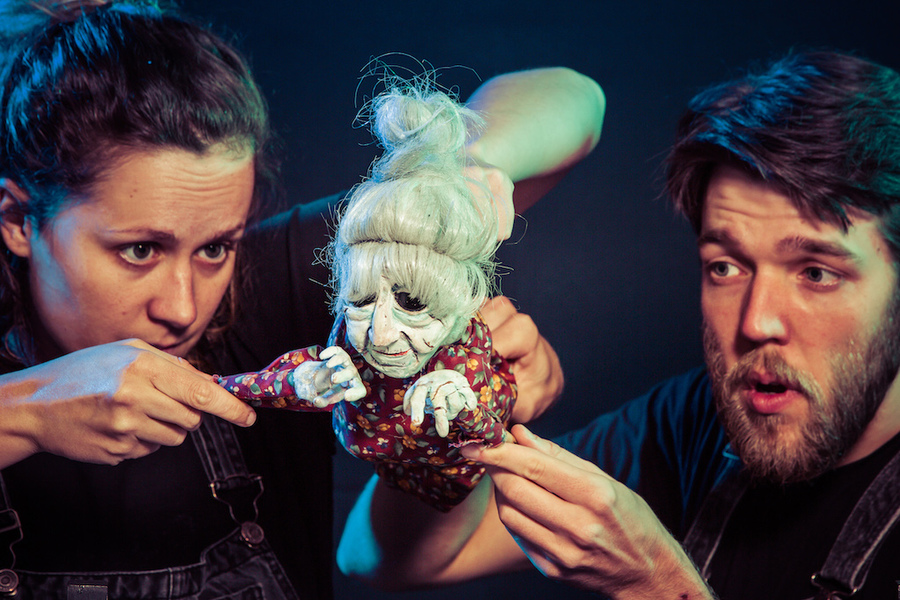 With the room surrounded in darkness, Ebony Black rises from her deathbed and moves through scenes of her life. Accompanied by a bespoke soundtrack, perfectly in sync with the puppetry, watching Ebony swim is to become immersed in the story. The Three Deaths of Ebony Black has the cast of a country house mystery with ten characters in the story. There’s a funeral, a will, squabbling relatives, mistaken identities.

Yet it lacks the gripping or zippy plot of the farcical comedy they are aiming at. Especially within only 50 minutes, this number of characters seems unwieldy. Amberley Cull and Nick Pages-Oliver bring their talents to playing this medley with skill and care. But the quote which inspires the story, from pop scientist David Eagleman, about there being three deaths—one of the body, one of the burial and one of the last time our name is spoken—seems imposed and open to debate rather than a decent structure to build a story around.

It’s a little too easy to lose the suspension of disbelief as the puppeteers draw attention to themselves. They do it with humour, charm and likability but too often it takes you out of the moment and breaks the spell of the puppetry.