After Rosie Jones' remarkable debut, she chats to Jay Richardson about getting personal with her new show Backward 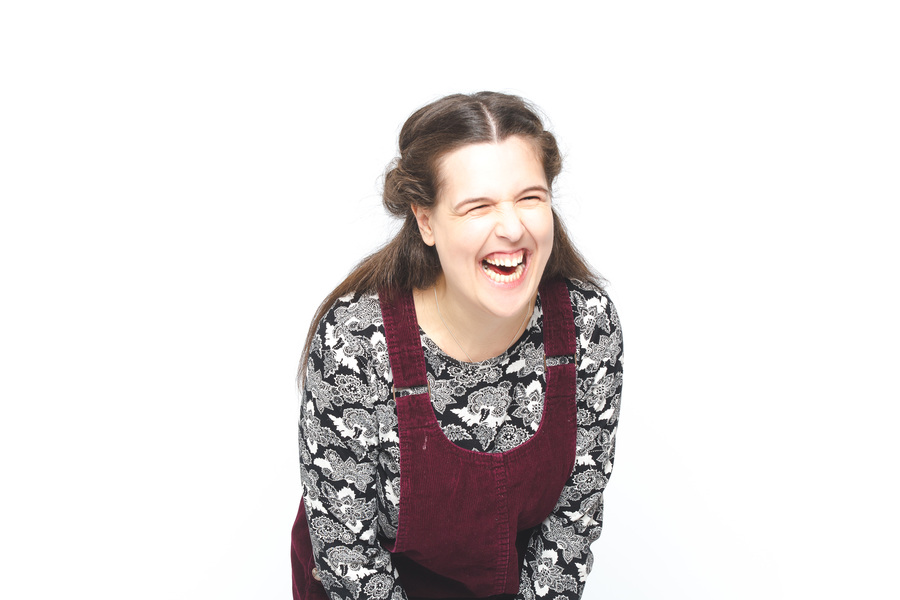 Not even three years into her standup career, Rosie Jones' rise has been phenomenal. Except that the impish 29-year-old has been performing all her life.

As she related in her excellent 2018 Edinburgh Fringe debut, 15 Minutes, she was born with cerebral palsy after complications during birth. Slowing her speech, “when people met me they would quite often assume that I have an intellectual disability.

“So from a very young age I worked out that the best way to show I was switched on was to crack jokes to defuse what could be an awkward situation,” the East Yorkshire native explains. “As I grew older, I realised I could do that on a bigger scale as a comedian.”

Her follow-up hour, Backward, recalls how Jones has experienced “the best year of my life since the Fringe”, appearing on The Last Leg, performing at the Melbourne Comedy Festival and at Wembley Arena for Comic Relief. “I've been able to do a lot of exciting jobs and I've now got a platform. It's amazing to see the difference in just 12 months, how I'm spoken to differently. I hope that has a knock-on effect for others with disabilities. But I still get patronised and talked down to on a daily basis.”

Some comics spend their entire working life struggling to find a unique, authentic voice. But the ex-television researcher's arrived almost fully formed. “For years, I thought I couldn't be a comedian because everyone will get to my punchlines before me,” she explains. “Then I realised that if I adopted it as my style, I could make it work in my favour. And writing for television gave me other tools to be successful. So I've been in the comedy industry for eight years. But using comedy to get what I want for 29.”

Growing up, Jones was fiercely driven, “confused and angry that I didn't see myself represented on television. From about 10 years old I knew that I wanted to make a difference, a change in some capacity,” she recalls.

Nevertheless, she was resigned to working behind the camera, on shows like The Last Leg and 8 Out of 10 Cats, until she witnessed Tig Notaro's landmark show revealing that she had breast cancer. More so than the measured pace of delivery and her playful manipulation of the audience, it was the American's decision to perform without her shirt, exposing her double mastectomy scars that proved life-changing.

“You could feel the tension, feel the slight sense of awkwardness,” Jones recalls. “But within five minutes you forgot this woman was topless. She talks about topics that make people feel uncomfortable but with the confidence to go 'this is me, I'm proud of who I am and you should not feel that way'. I took that confidence. My version of going out without my top is my disability. After five minutes, you forget that I'm disabled and just take in the jokes.”

Also crucial was Jones' decision to publicly come out as a lesbian. “Because of my disability it took me so long to feel I should be proud to be even more different,” she explains. “We need to get over these stigmas. And we need to be ok with people with disabilities and different sexualities. We're all human beings with needs and desires. That's something I'm so passionate about exploring.”

Suggesting that she might have benefited from opportunities denied to more experienced comics as a diversity hire, Jones works exceptionally hard as a justification, gigging virtually every night. No longer an unknown quantity, she summarises her previous hour in Backward's first 30 seconds: “I'm Rosie, I'm disabled and gay, now let's crack on with something even more personal”.

Like Notaro, she typically projects a confidence bordering on “arrogant dickhead”, which has served her extremely well. “All of my stories in last year's show I was very much on top, the puppet master of everything I talked about,” she maintains. “But this time I'm being a lot braver. For instance, there's a story where I appear a victim. And for a split second, the audience might feel sorry for me.

“If that had happened last year, I wouldn't have been confident enough to allow it, to feel that I could pull the show back afterwards.

“Now I can say 'being disabled isn't always amazing, here's something shit that happened to me. Yet despite all that, don't you dare feel sorry for me. Because I get through it and it makes me a stronger person'.”