Farah Saleh talks about bringing the experience of migration into focus 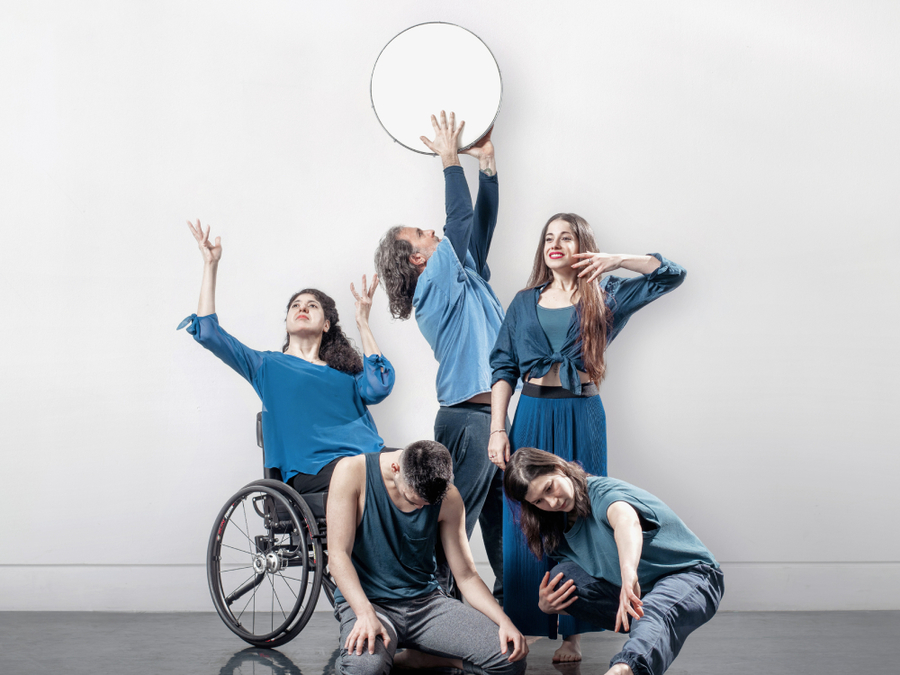 Every year, it seems, the refugee crisis hits a new and previously unimaginable peak. Conflict mounts in Syria as the West tightens its borders; a war in Europe breaks out as Ukrainians abandon their homes; asylum seekers drown in the Channel as the UK government forms plans to ship them to Rwanda. The refugee crisis has become a crisis not just of the conditions that create displacement, but of the responses from those who should offer a safe haven, peace amidst the wreckage. What does it mean to be a refugee now, in a world of unprecedented hostility? What does it mean to maintain borders, in a world where they are increasingly proved untenable?

Refuge, a season of dance, theatre, visual arts and conversation at the Edinburgh International Festival, sits unflinchingly within these questions. “The hope is first to acknowledge that this is ongoing – it's not a topic that curators or programmers can talk about one year and then it's over,” explains choreographer and dancer Farah Saleh, whose work A Wee Journey, co-created with composer Oğuz Kaplangi, explores the potential universality of migration. “Refugees keep on arriving, moving everywhere. It’s ongoing and it has been since the beginning of the world.”

A Wee Journey emerged out of Kaplangi’s physical and emotional journey of arrival to Scotland, from his initial feelings of displacement and alienation to a state of acceptance and hope. His collaboration with Saleh is adroitly chosen; not only has Saleh been making waves in Scottish dance this year with her pieces PAST-inuous and Gesturing Refugees, but her work has always been deliberately collaborative – deconstructing ideas of authorship and belonging within her very practice. “I don't want to ruin it for you or the audience,” she laughs, “but there are also a couple of moments where we invite the audience to participate with their senses, let's say. So when they're sitting and watching, they're not passive observers."

Taking place in the intimate space of The Studio, right at the heart of the festival, A Wee Journey is the first of Saleh’s works in a long time to return to the theatre space – itself a deliberately political decision. “The last few years I've been working in unconventional spaces – galleries, outdoors – as a choice,” she explains. “I really abandoned the black box [of the stage], and for me, going back is really about reappropriating the theatre space. A lot of works presented about refugeehood and migration don’t really involve people from refugee or migration backgrounds, or they are not really part of the creative process.”

This is a deliberate thread that runs throughout the broader Refuge programme, which unequivocally centres the voices of those who have been through the refugee and migration process. Zimbabwean performer mandla rae’s as british as a watermelon is an inexorable examination of trauma and forgiveness told through the queer migration experience, while Akeim Toussaint Buck’s dance and spoken word piece Windows of Displacement speaks to the tangled history of British oppression, from the transatlantic slave trade to Windrush. Works such as Amber and Detention Dialogues, meanwhile, draw directly from verbatim testimonials to place refugee voices centre stage of the festival.

It feels unusual, in many ways, to see a festival as large and established as EIF bring the margins into the spotlight. But, for Saleh, it is only appropriate: “The founder of EIF, as I understand, was a refugee,” she points out. “I think this fact should be very much celebrated on the website of the festival – to make people reflect on it, to have it always there. To remember, to make history alive. It’s not a fact in the past. It’s ongoing."