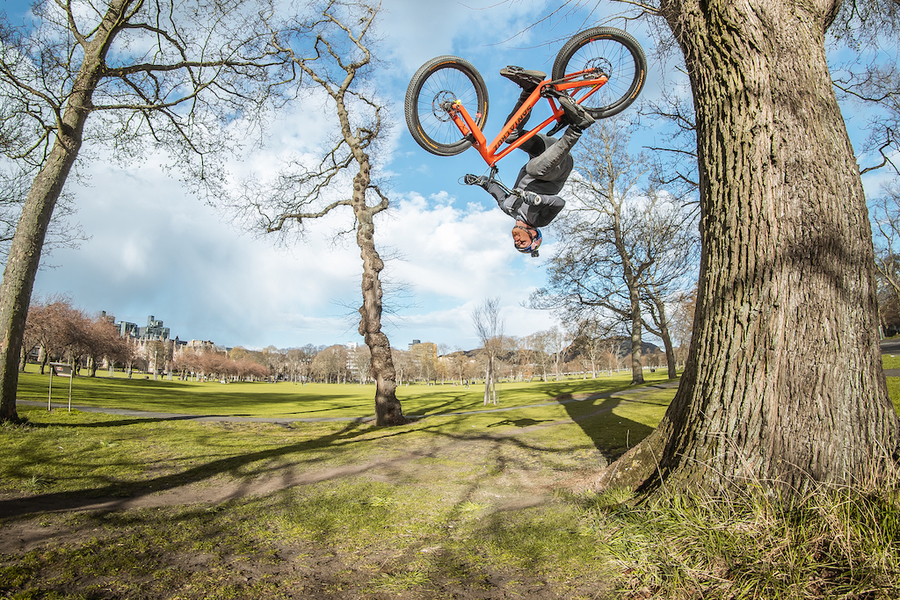 If you’re reading this then you’re probably aware of the trials rider Danny MacAskill, and will no doubt have watched his stunt cycling videos. And if you’ve seen those videos (the first, filmed in part just metres from the Circus Hub) then you’ll know how incredible the things he does on a bike are. And yet, if you haven’t seen it live and up close, you don’t really know quite how spectacular it is.

These are extraordinary tricks. All manner of jumping on, over and off boxes, bars, rails and ramps is accomplished. There’s height, balance, speed, danger. It’s almost certainly a cliche to say they defy gravity, but that is exactly what occurs. Danny MacAskill, the superstar, is injured today, though he still suffers through some extraordinary feats. He’s brilliantly supported by Duncan Shaw, BMXer Kriss Kyle, and Ali Clarkson who has stepped in to throw himself off heights given MacAskill is on light duties. Henry Jackson creates a fun pantomime atmosphere with his MCing, playing clearly to the kids who are utterly bowled over by what they see. So what’s the problem? Well, the whipping up of people into a frenzy to get freebies from sponsors is perhaps a matter of personal taste. But less defensible is the absence of female representation, either onstage or via the volunteers selected. It’s a total bloke-fest. If art or entertainment is to be at all relevant, it must surely engage with the world as it really is, and that means seeking out colleagues such that half of the kids in the audience see themselves represented, too. These are inspirational guys; there’s plenty of inspirational women in the cycling world.