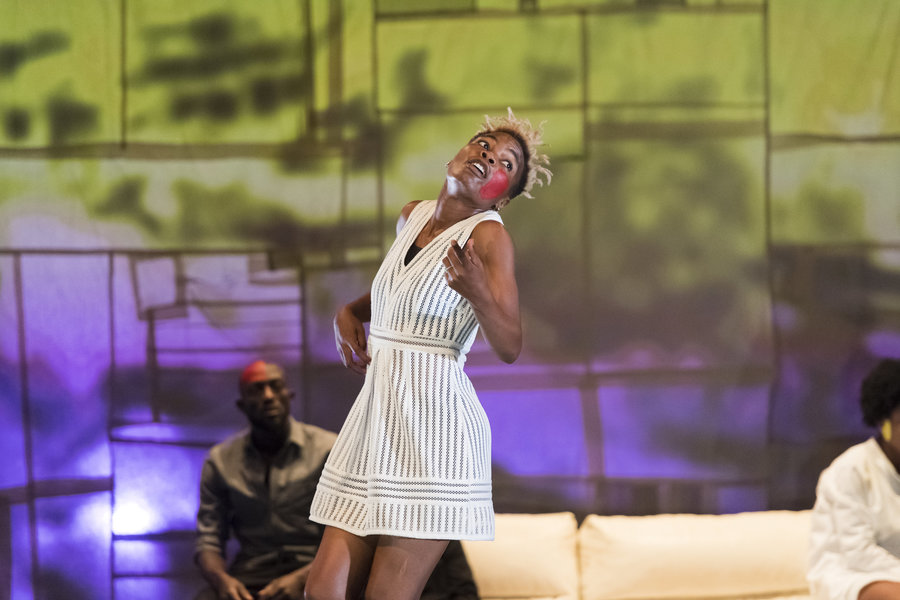 In this dance piece inspired by activist and Afrobeat pioneer Fela Kuti, the first half is a jerking, krumping, robotic rush. Huge, bright trumpets and Kuti’s amazing rolling grooves are hypnotic, and the dancers work their bodies into synchronised spasms, or march in time to his relentlessly noodling jazz lines. Then things move indoors, from the black and white Lagos backdrop (grainy city images are projected behind the dancers), into what seems like the Kalakuta Republic compound where Kuti lived. (Another guess might be The Shrine nightclub, where Kuti performed and people met for political discussions until it got raided by police and burned down, like his compound.)

Part two is way more louche, with Ida Faho letting her body turn to liquid as she strips on a podium and writhes in red light, looking totally free. "Decadence can be an end in itself" flashes up on the wall, a reminder that Kuti stood for pleasure and hedonism as much as rebelling against the corrupt Nigerian government.

The party doesn’t last though. Chairs are flung around and white powder is sprinkled in lines, either a coke binge or maybe one of Kuti’s Shrine rituals for his ancestors. Choreographer and dancer Serge Aimé Coulibaly resists any obvious narrative, creating a wild, defiant blur of abstract nods to Kuti’s beliefs and legacy instead. Although the lack of detail on Kuti’s incredible story is frustrating—it’s full of so many powerful, ridiculous highs and lows, as touched on in the Broadway musical Fela!—still, we get glimpses into the messy, resistant, joyful world that Kuti created.