Review: Louder Is Not Always Clearer 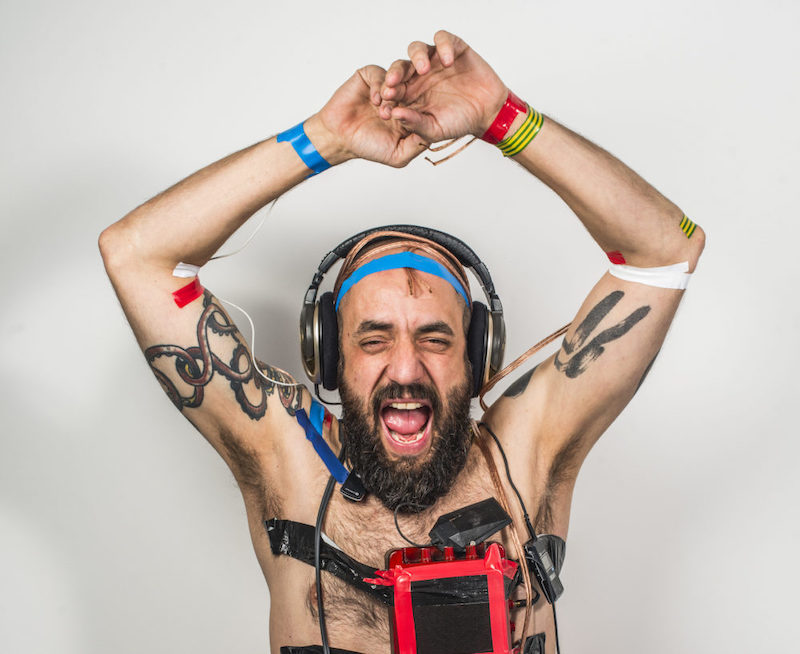 I'd be hard-pressed to guess how many Fringe solo shows could be deemed autobiographical declarations of the struggle to be acknowledged by mainstream society without being marginalised. Often such performances address health or social issues. Many turn out to be celebrations of difference and survival, providing valuable and engaging insights into the lives of people whose experiences are unique yet still recognisably, embraceably human.

The central subject of this production from Welsh company Mr and Mrs Clark is being deaf in a hearing world. More specifically, the subject is Jonny Cotsen. What a winning performer. Although his story has been constructed for the theatre it's listed, somewhat oddly but officially, in the Fringe category of dance, physical theatre and circus. Well, Cotsen says he feels most free when dancing. He also loves to sing. And so he dances, responding passionately to the music's bass beats, and sings.

Words, on the other hands, he finds difficult. Apparently, as Cotsen puts it, they find him diffcult too. Nevertheless he can, as he demonstrates, speak and lip-read. The audience has a crack at the latter. Thanks to Cotsen we also consider sex with the lights on. Intimacy in the dark, you see, can be be scary if you're deaf. Why? Because you can't read lips.

Cotsen is a warm and witty presence whether sharing tales of growing up with a loving mum who was nevertheless in denial about his deafness, going on first dates, using the outlet of social media or coping with hearing aids. This unpretentiously charming show has been made for both him and us. It's a story that needs telling, and it's got a communal ending you're not likely to forget.