A breathtaking piece of contemporary circus 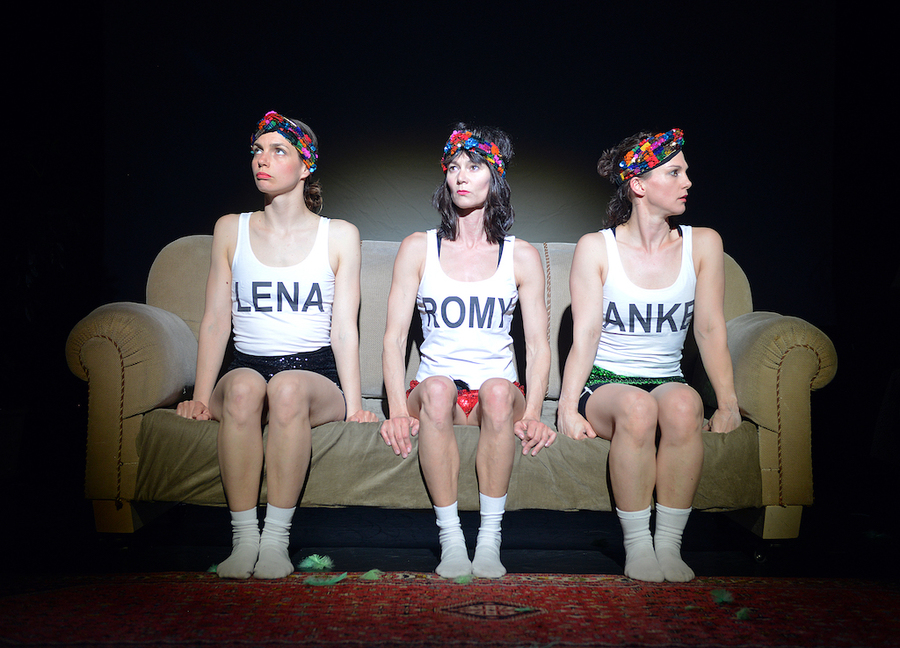 A brave and bold piece of contemporary circus, Raven is both darkly funny and brutally honest. Anke van Engelshoven, Lena Ries and Romy Seibt introduce themselves via voiceover. We learn that they are all performers—collectively, the Berlin based all-female collective, Still Hungry—in their 30’s and 40’s and that they are mothers. We also learn their greatest fear which is being seen as neglectful mothers, or Rabenmutter, the German term meaning raven mother.

From the ceiling hangs two pieces of aerial silk rapped around the arms of Anke van Engelshoven. Like many routines in Ravens it is elegant and sombre. Mixing circus performance with dance and acrobatics, Still Hungry have created a stunning piece of theatre. The minimal set design of a single sofa becomes their bed, changing matt, office and home. It's a deeply moving and autobiographical piece confronting the challenges of being a mother while still trying to have a career.

It is a familiar story especially to woman, who are told to give up their careers once they become parents. The physicality needed to perform amplifies this for Still Hungry. Their bodies are the subject of discussion by family members and industry folk alike. Body image, self worth, shame, judgment and guilt are all dissected on stage. Still Hungry are able to share a story that is both personable and relevant. This is a show that will resonate with any audience, whether they work in the performance industry or not.