Dance show about football is a joyous nostalgia trip 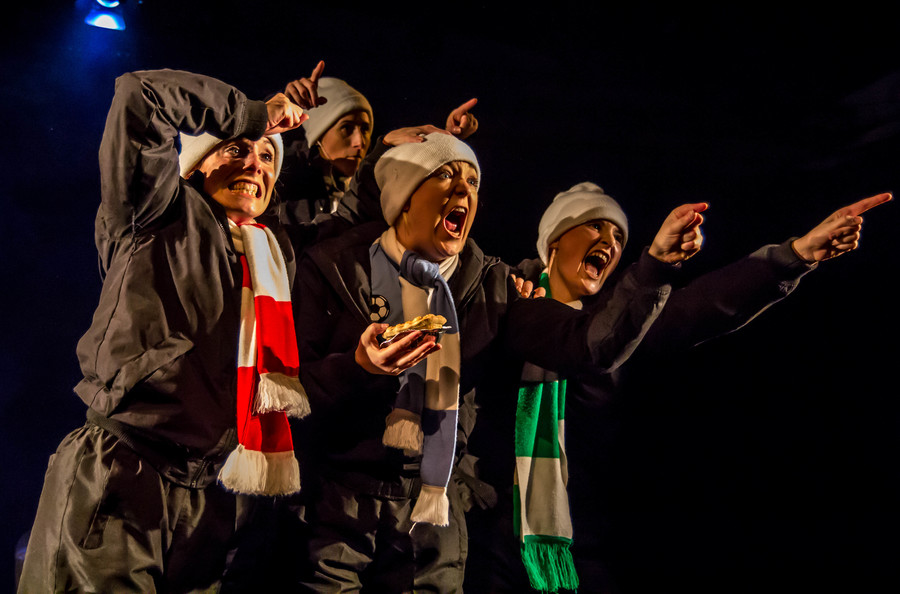 With a set that features a framed picture of Gary Lineker, trophies, medals and fireplace given a new life as goalposts, Next Door Dance’s The Beautiful Game is obviously a show aimed at football lovers. But it’s one that’ll likely strike a chord with anyone who was obsessive about anything in their youth. Quite literally it takes a trip down "Memory Lane" and delves into a world of freshly cut grass, half-time oranges and new boots. It is a joyous nostalgia trip that the quartet take us on.

The company’s first show in Edinburgh is a success. No boundaries are pushed particularly hard with their routines, there is a lot of heart and love for the subject and it’s this passion that makes such an impression on today’s crowd. Famous goals are recreated: Rooney’s overhead kick in the Manchester derby; Beckham’s ballsy lob over Neil Sullivan; and Paul Gascoigne’s most audacious effort. The rituals and superstitions of fans are embraced. There are personal touches too, which in the aftermath of the Women’s World Cup feels especially significant. The all female cast share their memories of football, whether founding a women’s team, or sharing a bonding experience with family members. The sport is still dominated by men, but it won’t always be that way.

There are some lovely touches throughout; a soundtrack of Oasis and D:Ream that takes us right back to the mid '90s when football "came home", testimonies from fans of perennial strugglers like Mansfield Town, Swansea City and Nottingham Forest and—best of all—a very funny bit about the complexity of the offside rule. They shoot, and at the first attempt, they score.