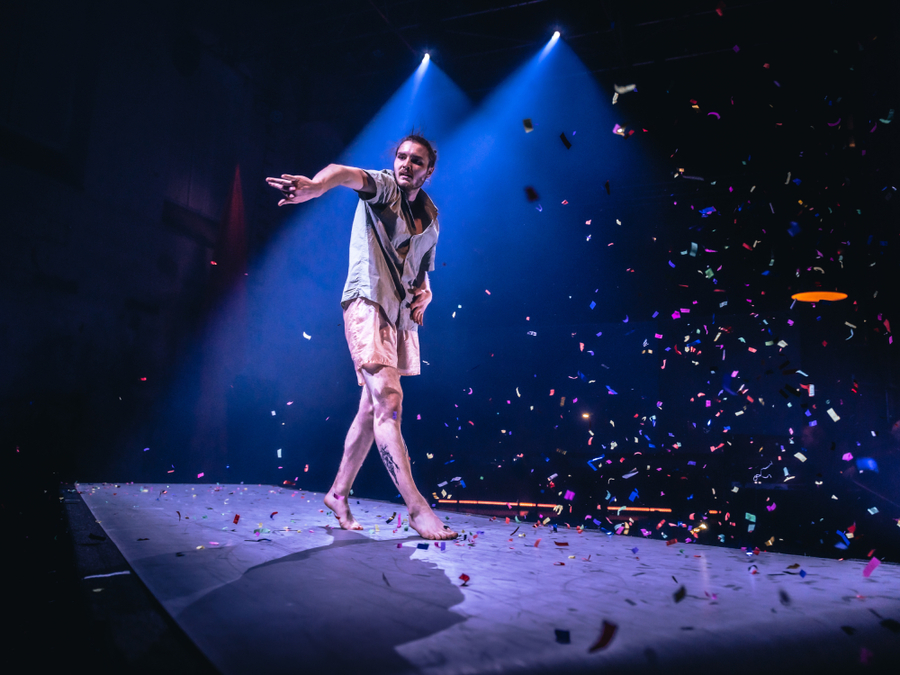 Joan Clevillé brings a moving solo piece to Dance Base as part of the Made In Scotland showcase. Watch Solène Weinachter reinterpret the classic myth – with its themes of oppression, autonomy and family – under a modern gaze.

Award-winning Czech outfit Cirk La Putyka return to Edinburgh with two shows. Performed partly on a huge custom-built treadmill, Runners is as breathless, impatient and afraid of inertia as modern life forces us to be.

Described as “both playful and provocative”, Tomato is a dance production by Taiwanese choreographer Chou Kuan-Jou that uses analogue bodies and digital screens to explore sex and gender through a feminist lens.

Channelling the mounting chaos of hotel farces like Fawlty Towers, Hotel Paradiso is a whole-family circus extravaganza. Expect a full house of acrobatics blended with thigh-slapping antics, from one the UK’s leading family circus companies.

For a discipline ostensibly about self-expression, dance can be fiercely prescriptive about physicality. In Dance Body, BAFTA-nominated playwright/actor Yolanda Mercy seeks to reclaim the dancefloor for plus-sized bodies and challenge an industry that excludes them.