A rapturous production from the Bergen Philharmonic Orchestra under Edward Gardner 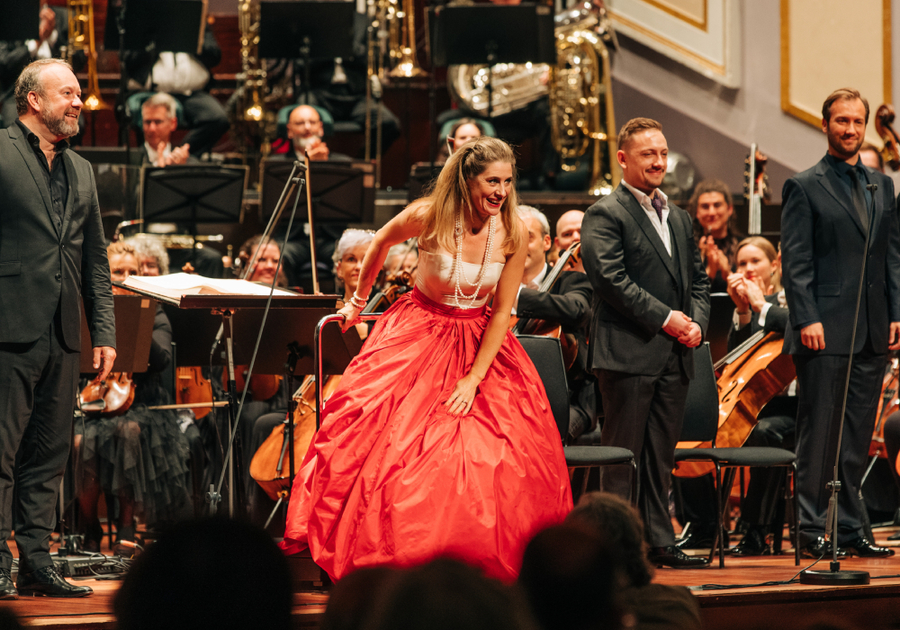 It's hard to beat Salome for the musical, psychological and sexual ecstasy Richard Strauss eked out of Oscar Wilde's play. It's a grotesque story of princess Salome, whose obsession and rejection by John the Baptist (here called Jochanaan) leads her first to dance and strip for her stepfather, then to request the head of the prophet on a silver platter, which she kisses, before being killed by the aforementioned stepfather for her awfulness. Seems ridiculous, but Strauss' music builds layer and layer of rapture culminating in one of the most disgusting and mesmerising climaxes in the operatic repertoire.

It's not that this production is underpowered. If anything, the Bergen Philharmonic Orchestra under Edward Gardner are overpowered and pumped up from the start. The balance feels out of whack, with an orchestra giving it such big guns that it drowns out the singers. And what a lick Gardner takes this at, often driving a runaway train to which the singers cling. Only Gerhard Siegel, a nuanced, not cartoonish Herod, seems to have the confidence to pull a bit of slack back into the speech-like vocal lines. Salome's famous Dance of Seven Veils is a case in point: marked "ziemlich langsam" (rather slow) in the score, tonight it sets off like a quick waltz, and Garner gives little by way of rubato. Sure, it's different and exciting, especially for those used to famous recordings like that of the Vienna Phil and Georg Solti. It's just that rapid start gives it little place to go.

That's not to say there aren't some magic moments. Garner helps point us to some beautiful orchestral textures (doubling of Salome's chromatic runs in the woodwind, for instance). A spectacular moment of control means the orchestra gradually smothers the group of arguing theologians. And Malin Byström's Salome, when she cuts through the orchestra, is one to dwell on. A less overtly nefarious characterisation than some, she appears (in this concert performance) in a puffy white tulle skirt, and plays as a coquettish teenager, confused when her sullenness really gets her the thing she desires (i.e. a head on a plate). The end is truly rapturous. It's just that it hasn't had far to go to get there.