In Conversation: Jim and Barb of The Anniversary 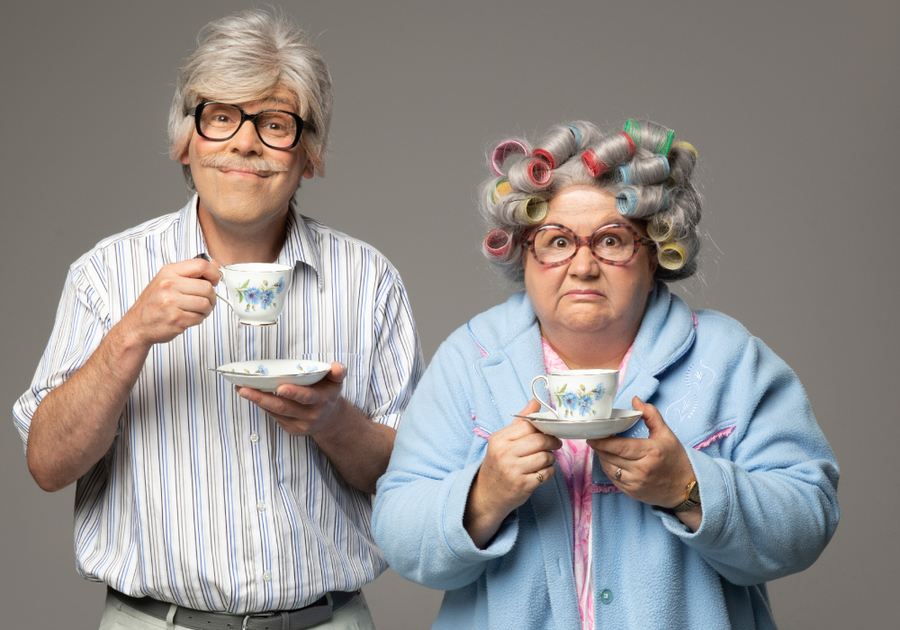 Jim: Now Barb, we've been asked by Fest to let people know about our anniversary party in Edinburgh. So, I'm going to ask you a few questions. They want to know why we're coming to Edinburgh to throw a party when we live in Melbourne.

Jim: So, you'd like lots of people to be at our party?

Barb: Yes, I want lots of people to come and celebrate our anniversary with us.

Barb: By what? We'll be flyering everyday Jim. We'll be walking across the Meadows with our flyers and our posters and our sticky tape. And we'll be spruiking our show on the Royal Mile for everyone.

Jim: You have to admit it's unusual to be selling tickets to your anniversary party though, isn't it?

Barb: I really wanted to have our party at that Pleasance King Dome room – and once we listed fireworks, sparklers and smoke machines the budget had gone through the roof. There's bunting, food, catering, the champagne. Plus, the cost of bringing Fluffy and Tiddles over. We have to sell tickets, but it's gonna be amazing!

Jim: You can’t have a decent holiday without your rabbit and cat. I wonder how all of our pets got on with that long flight from Melbourne to Edinburgh… via Perth and London.

Barb: They were fine. I made them some snack packs.

Jim: You weren’t worried that your pets were going to get lost at Heathrow Airport?

Barb: I think our luggage arrived sooner because Heathrow didn’t want to look after a rabbit and a cat. They'll have wanted to move that along. So, I think we had the best chance of getting our suitcases to arrive on time.

Jim: What are you looking forward to in Edinburgh?

Jim: I think the turducken is an American thing. 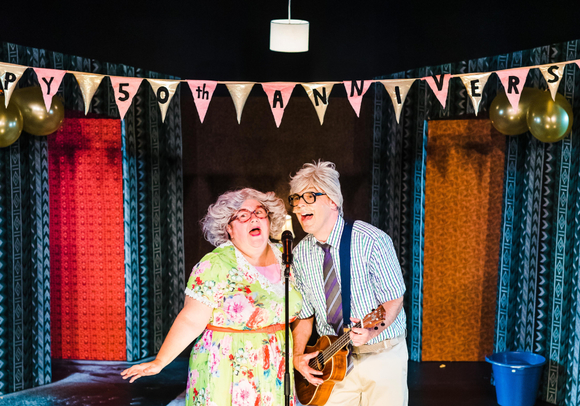 Barb: Well, a haggis... that’s a sheep inside a cow, inside a chicken's brain and then they make a big sausage out of it and fry it.

Jim: That's what you think haggis is?

Barb: Yes. And they fry in the juice of a Mars Bar.

Jim: I'm pretty sure a haggis is a sheep stomach with porridge in the middle.

Barb: That's disgusting. It couldn't be that.

Jim: It's oat porridge but with onions and dinner herbs.

Jim: Are you excited – since this is your first trip overseas?

Barb: No, we have been to Tasmania.

Barb: It is over the seas, Jim.

Jim: That's not what they mean when they say overseas, Barb.

Barb: Well, I don't know who they are. Who are they?

Jim: It's part of Australia! 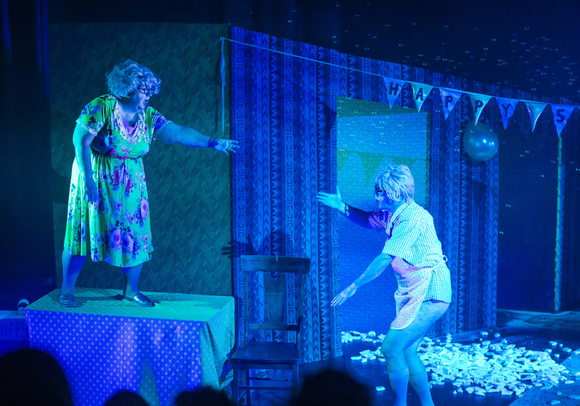 Barb: But they're disconnected by water.

Barb: We'll go up Arthur's Seat, we'll sit on the Salisbury Crags and have a little thermos of tea.

Jim: Is that what you've been reading about?

Barb: I've been researching this for years.

Jim: When did you decide you wanted to go to Edinburgh?

Barb: You never want to go anywhere, Jim. And I couldn’t leave you in Melbourne. You wouldn’t survive.  I’ve brought your favorite cushion from the couch so you'll feel like you've bought the couch with you.

Jim: Can I have it with me all the time?

Barb: You can do whatever you like with it. Jim.

Barb: And we'll go and have fish and chips in Leith. Imagine feeding chips to seagulls in Leith!

Jim: Ooh, I love watching seagulls fighting over a chip.

Barb: Yeah, like at the St Kilda pier but different.

Jim: What should people expect when they're coming to our party?

Jim: You don't need to bring a present.

Barb: They can bring a present.

Barb: You say that but you don't really mean it. You still hope that people will bring a present. We’re taking an empty suitcase to bring back all the presents.