A delicate call for empathy in divided times. 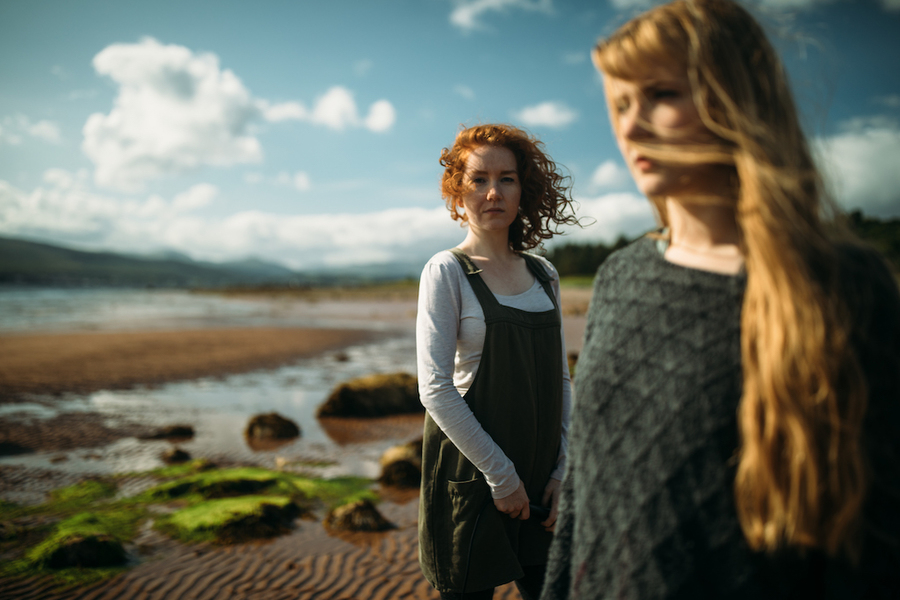 Voices are layered like rolling waves in this sparse new musical, sung entirely a cappella with a loop pedal and sample pad.

Eilidh (Bethany Tennick) has chosen to stay with her grandma on the fictional Scottish Island of Kinnen while her mum has gone across to the mainland. Meanwhile, a vote on the island raises tensions between locals. Perspective shifts when a whale washes up on a beach, followed by Arran (Kirsty Findlay), a type of girl Eilidh believed belonged to folk tales.

Inspired by Scottish folk songs, Finn Anderson’s delicate music and lyrics are in turn soothing and stirring. Tennick and Findlay are enchanting performers, controlling the layers of their voices with masterful precision, their notes rolling into each other like droplets down a window. But their charm extends beyond the technicalities – it’s in their eye contact and generosity with each other.

Like the music, Amy Draper’s direction is elegant. Action revolves around the two microphone stands, but rather than obstructions, they simply become part of our island. As the story develops, Simon Wilkinson’s lighting design uses the Roundabout’s glorious built-in rig to wash the island in dew, sea-mist and a pinch of magic.

Complex and mature, Stewart Melton’s book is at times like a radio play, as Tennick and Findlay orchestrate the town’s many voices. But this show needs to be seen, not just heard. Intimately performed, Islander is a beautiful tale of friendship and bridging the gap between people. Like the girls whose stories it holds, I hope it has a long and happy future.