A moving retelling of the story of the Manchester Arena bombing 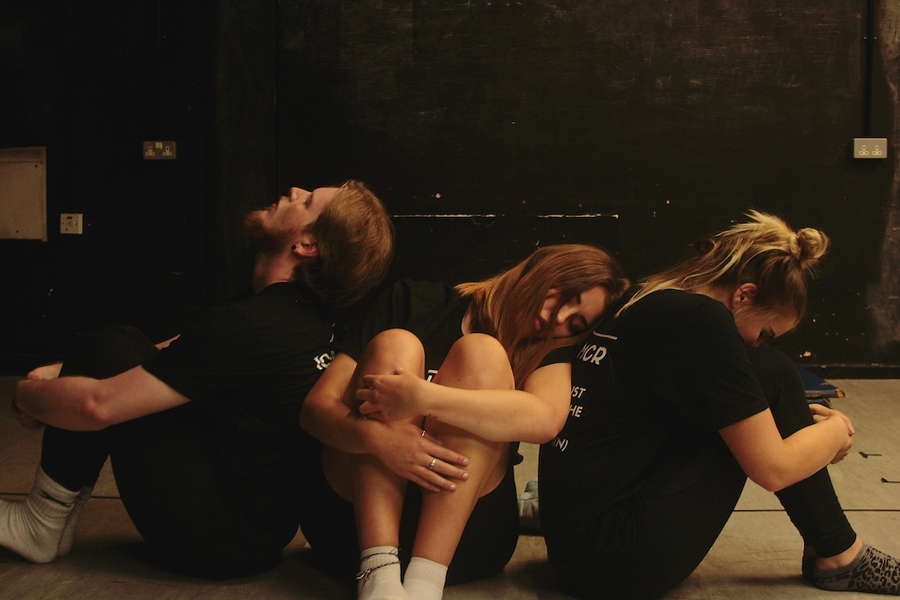 “Losing faith in humanity, that’s the worst loss.” Three performers circle around a blunt, heavy tragedy with lightness and compassion, finding solace in togetherness.  There’s rarely a moment that Megan Sharman, Ciaran Forde and Rio Montana Topley are not touching each other, lifting or pushing or pulling each other through the trauma of retelling the story of the Manchester Arena attack. With a few simple props they flicker between playing excited children, fraught adults, exhausted police officers and a certain, reprehensible former Home Secretary, creating fragmentary moments that build a broader context to the suicide bombing in 2017.

A steely rod of tenderness and community runs through this devised, verbatim work by writer/director Fabiana Sforza, created as part of her MA degree. Made in collaboration with Liv’s Trust, a charity dedicated to the memory of attack victim Olivia Campbell-Hardy that supports young people in “fulfilling their music and dance dreams”, 10:31 MCR is a measured, nurturing piece of physical theatre. The soundscape repurposes social media posts and news reports for a glitchy reportage that is overwhelming as well as helpfully expository, and it moves the audience through the night of the bombing hour by hour, then minute by minute. Sforza doesn’t shy away from anger, pointing to the rise in racially motivated hate crimes that followed the attack and the years of austerity that depleted the local police force, but she doesn’t make an easy grab for her audience’s emotions, either. Instead the play settles upon a deep, meditative sadness that is truly moving.