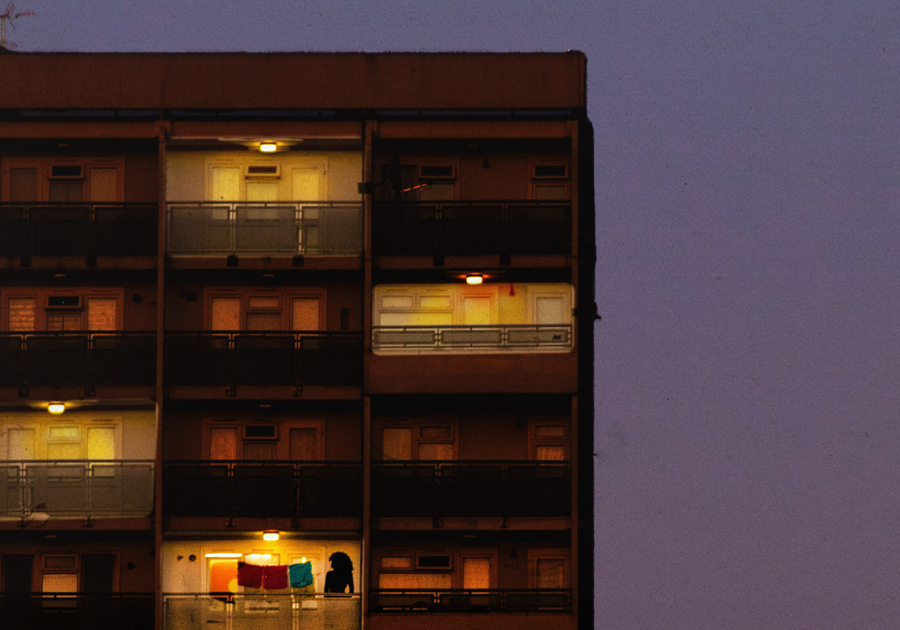 Block’d Off, a one-woman play about working-class life in a London tower block, is ambitious in both scope and production. We are introduced to more than 20 characters over the course of an hour, with actor Camila Segal making split-second switches between them and displaying impressive range in her embodiment of each.

Occasionally these switches happen so quickly that it takes a moment to identify which character we are seeing. There is nothing to distinguish between them but Segal’s performance of a fast-paced and sometimes very physical play. At times it feels like the show could benefit from slowing down and taking a breath, relieving Segal of having to race the script across the Pleasance floor.

Some characters benefit from additional sound and staging effects; a Brazilian grandmother’s words are cleverly translated on-screen behind her and, in some of the play’s most effective storytelling, we hear the voices of some characters in pre-recorded soundtracks which help bring another dimension to their characterisation. The staging is effective too, with key characters represented by items of clothing hanging on rails and carefully chosen props laid on stage by Segal at different turns to symbolise them and their connections to each other.

Block’d Off is strongest when it shows rather than tells. Much of the writing and characterisation is thought-provoking and subversive, but at points gives way to excessive and unnecessary exposition where statistics on educational inequality and Universal Basic Income are somewhat inauthentically put into the mouths of characters. When it hits its stride, though, the play is moving and confronting, its sense of claustrophobia effectively conveying the cycle of deprivation we see play out before us.