A strong hour helmed by a talented performer 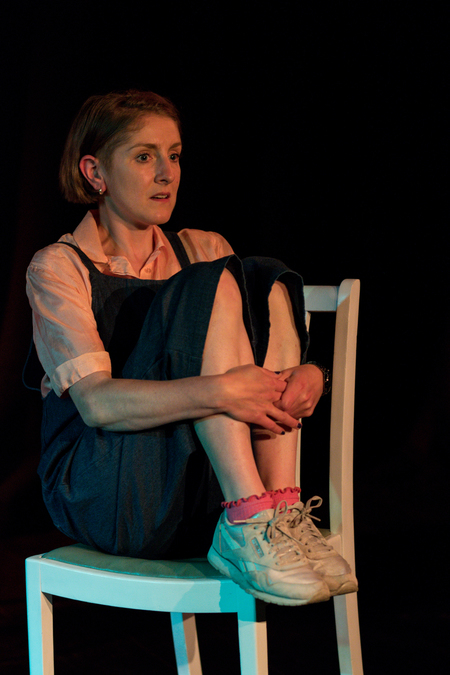 Sophie’s date is about to end badly. That’s where we start with Breathless. Then, there is an unravelling – or perhaps more appropriately, an unpacking – as this meek, anxious character reveals layers of herself, culminating in her accepting that her problem with hoarding designer clothes has taken over her life, suffocated her, left her breathless.

This is a show that takes us across multiple locations, and does so with real skill. Sharp sound design, clever lighting, and the astute use of a stripped back set moves us between sample sales, candle-lit dinners and bad shags with poise. The lead performance helps with this too. Madeleine MacMahon is a terrific actor and shows a great range between the half dozen characters on show here. The comic lines land brilliantly. The more moving sections do the same.

However, it does feel narratively a bit much for one hour, leaving some loose ends that could be tightened. The two main themes – Sophie’s coming out story, and her hoarding – could be connected more explicitly. The trauma of her having denied who she is for so long would square the circle with her talk of buying clothes to fantasise about being other people. It feels implied, but a little buried. The ending is a bit too neat too, a string of quick events that tie everything together and give us a light at the end of the tunnel.

That said, this is still a strong hour helmed by a confident, talented, funny performer.