Review: Everything That's Me Is Falling Apart 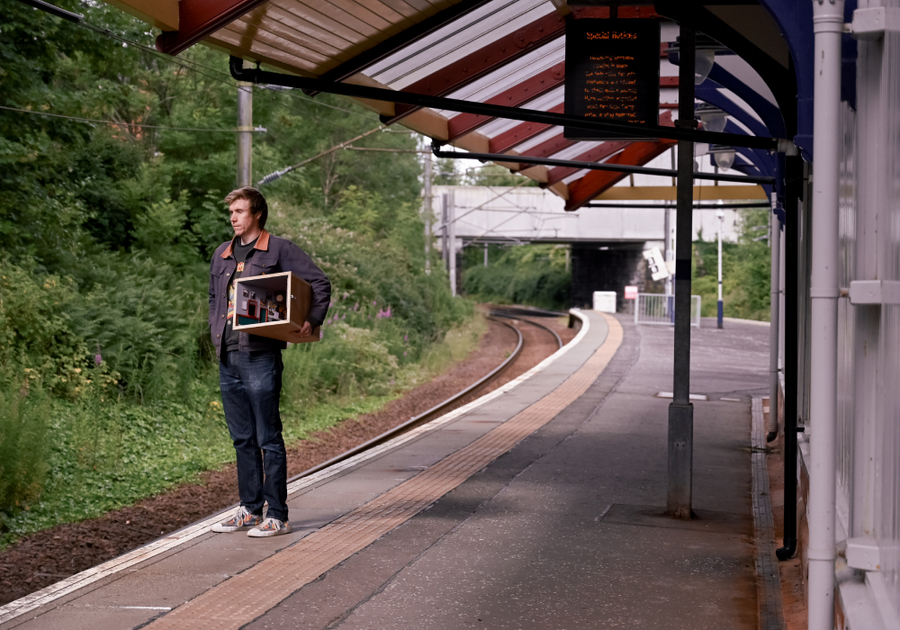 What if? Those two words, which we’ve all asked ourselves at one time or another, form the dramatic hinge for Everything That’s Me Is Falling Apart, David Callaghan’s wistful new show. This gentle 50 minutes of storytelling revolves around chance moments: those instants when life presents us with an opportunity, however monumental or inconsequential, which we can either seize or allow to pass us by.

In place of an overarching narrative, Callaghan presents a series of fleeting encounters between characters, all lightly threaded together by his central theme. A man sets out on a mission to declare his love; two strangers are united by a shared spirit of mischief; a woman sings karaoke in an attempt to connect with a crush. Some meetings are joyful, while others are bittersweet. These vignettes are interspersed with snatches of first-person narration, as Callaghan chases his own chance at love. Each scene, meanwhile, takes place in its own gorgeously rendered miniature set, filmed live and overlaid with simple animation.

Callaghan’s background is as a comic and it shows – for better and for worse. The sometimes slight stories are elevated by Callaghan’s engaging telling and his easy rapport with the audience. His tales are studded with jokes, many of them funny and astutely observed, but these gags sometimes feel crowbarred into the narrative. Ultimately, the central concept serves as a convenient container for this collection of entertaining stories, rather than anything more fully explored.