Review: How to Build a Wax Figure

A story of first love gently and beautifully told 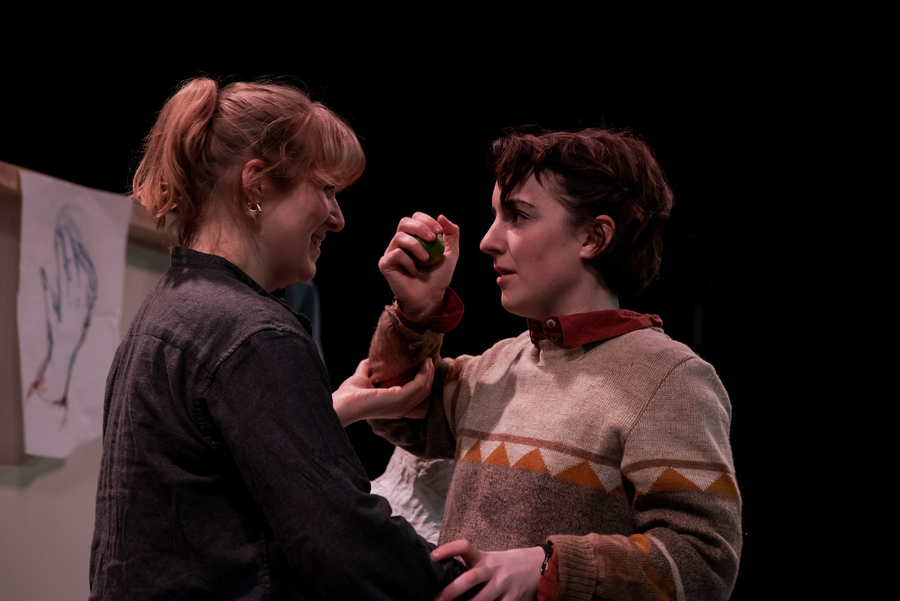 How To Build A Wax Figure, image courtesy of Assembly Festival
By Catherine Love
Published 15 Aug 2022

Eyes, as the saying goes, are the windows to the soul. It’s not accidental, then, that the protagonist of Isabella Waldron’s tender new play makes prosthetic eyes. There’s lots here about seeing and being seen, along with plenty of meaning-heavy looks and poignant locking of gazes. It’s a show about making eyes, in both senses of the phrase. 17-year-old Bea (Nell Barlow) is introduced to ocularistry by Margot (Olivia Dowd): the enigmatic wax model maker who moves in next door to her family home. Margot is older, artistic, entrancing. The two women form a friendship and a working partnership – Margot makes the bodies, Bea makes the eyes. Bit by bit, friendship tips over into intimacy, leaving a lasting mark on them both.

This central story of first love is gently and beautifully told, with carefully weighted dialogue and delicate performances. In director Nell Bailey’s production, the connection between Bea and Margot is instantly believable and compelling, without brushing away the discomfort of their age gap and unequal power dynamic. Less successful, though, is the containing narrative, in which an older Bea prepares to deliver a lecture at the Wellcome Collection and is dragged back into her memories, which she shares with museum employee Dana (Alice Franziska). Too often, these scenes feel like a contrivance that simply facilitates the depiction of Bea and Margot’s relationship. That said, the show as a whole is quietly heartbreaking, marking out Waldron, Bailey and their impressive cast as talents to watch.