Review: Ode to Joy (How Gordon got to go to the nasty pig party) 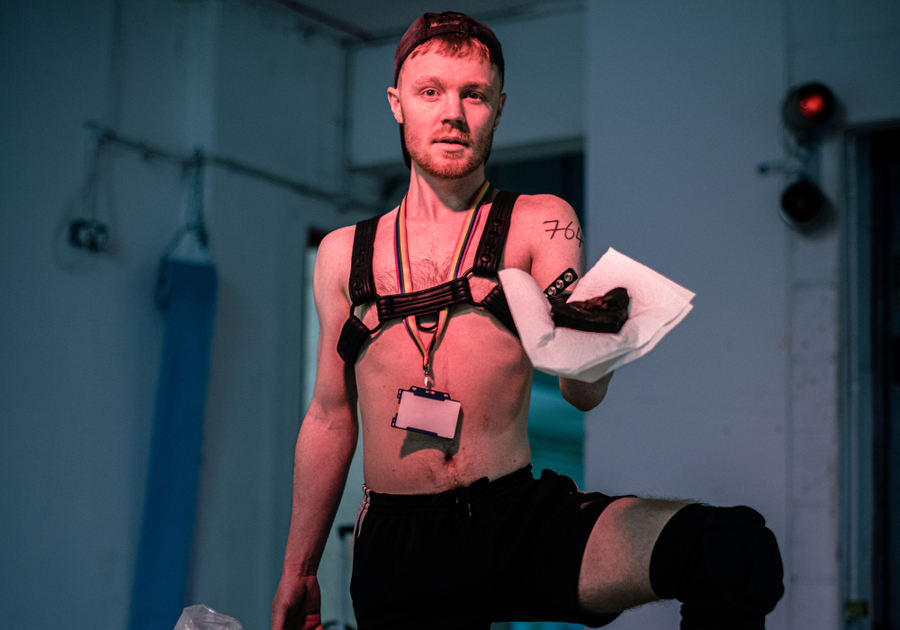 Written by James Ley, and part of the Made in Scotland Showcase, Ode to Joy depicts the sexual adventures of a curious legal professional on his journey to a Berlin sex club where anything goes. Beyond filthy, this show is not for the faint hearted, but it’s funny, uplifting and thought-provoking all the same.

“I’m not posh, I just come across that way. Like a Ferrero Rocher,” says Gordon, a shy, homonormative lawyer working for the Scottish government. The story begins when he meets Cumpig at a sex party and follows his path towards becoming more confident and in tune with his sexual desires, however ‘perverted’. The journey reaches its climax when the more experienced Cumpig and his husband, Manpussy – who also serves as narrator – take him to Snax, an annual sex and dance party at Berlin nightclub Berghain. It’s a life-changing experience for Gordon, in a place where double-fisting would be considered vanilla.

Too much time is spent on graphically recounting just how sexually liberated the characters are, and perhaps not enough on exploring their mindsets. But Ode to Joy successfully challenges the notion that there’s anything wrong with having kinky sex with strangers, as opposed to a choice made by consenting adults who aren’t defined by their sex lives.