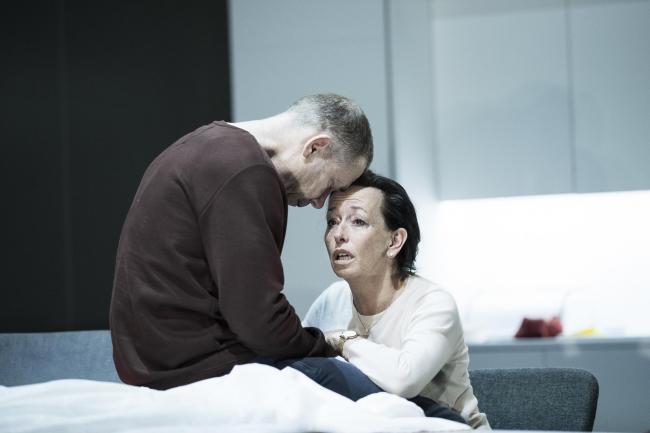 Sophocles’ Oedipus is the king of tragedy. The beleaguered hero meets a fate so infamous that it’s fathered its own complex – a heavy burden for any director. In this new telling with the Internationaal Theater Amsterdam, Robert Icke digs out a timeliness in the dialogue about the private lives of political figures: what does the public deserve to know about their elected leaders? It’s just enough to justify the clinical setting of an election campaign office (designed by Hildegard Bechtler) as the site for Oedipus’ many reckonings, who is played charming and Obama-era presidential by Hans Kesting. He’s well matched by Marieke Heebink’s Jocasta, a powerful, imperious presence with a heartrending history of abuse that sets the seal on their shared disaster.

Icke unfurls embellished, complex backstories as a way to explain, logistically, how none of these characters could have seen it coming. Fate is staged as a ticking timer, counting down the seconds to the big 'reveal'—both political and personal—that the characters can’t escape and the audience loves to dread. A clean, concise script leans heavily on Sophocles’ metaphor of sight: What can’t we see? What won’t we see? As this adaptation proves, there are evergreen existential questions to be mined in the void between seeing and comprehension. It is, then, either a bad joke or a genuine oversight that when the clock hits the zero hour the sightlines block a third of the audience from witnessing the play’s emotional climax.