Review: Paul Putner's Embarrassment – Me and Madness (The Band)

One step beyond normal fandom 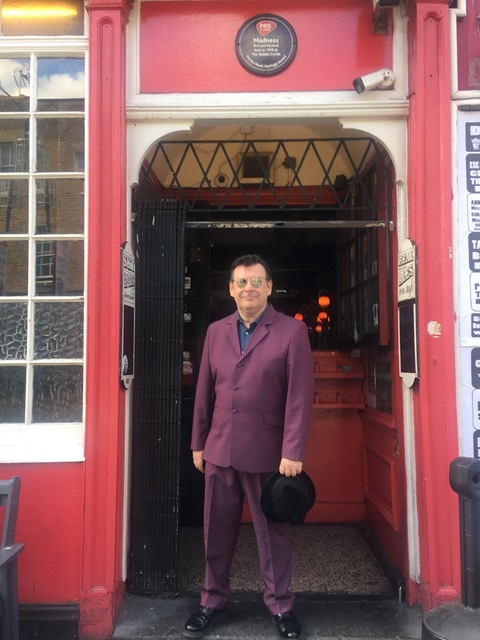 On the ruby anniversary of them forming, Paul Putner's Embarrassment is an almost impossibly fond love letter to Madness from one of their biggest fans. Indeed, such was Putner's devotion to The Los Palmas Seven that he painstakingly styled himself after the band and began to imagine himself their eighth member.

Music was a huge part of his adolescence. But it wasn't until he heard The Nutty Boys' debut single, 'The Prince', in 1979, that he felt the epiphany of connection. 'Baggy Trousers' coincided with his evocative school days, and his hopes, dreams and heartbreaks were bound up with the band's subsequent singles, their rise, fall and resurgence. Raised in East Grinstead, he initially had a more affluent, stable upbringing than his rascally idols, but fate intervened. With his vinyl on stage with him and slides on screen, he's superb at capturing the slavish devotion of fandom, explaining in detail how he assembled his look, throwing himself energetically and hilariously into the dance moves that were his teenage currency. He even got to meet a few of his heroes, exciting but embarrassing himself in the process.

All good things must come to an end though. And seemingly, so too did Madness, leaving him bereft. Fortunately, all roads inexorably led to the Madstock! reunion of 1992, coinciding with a turnaround in Putner's personal life and him getting closer to the band than he might ever have imagined. With the tremendous storylines of the tunes finding an able counterpart in Putner's loving reminiscence, it all makes for a charming hour.