Never had it so spud 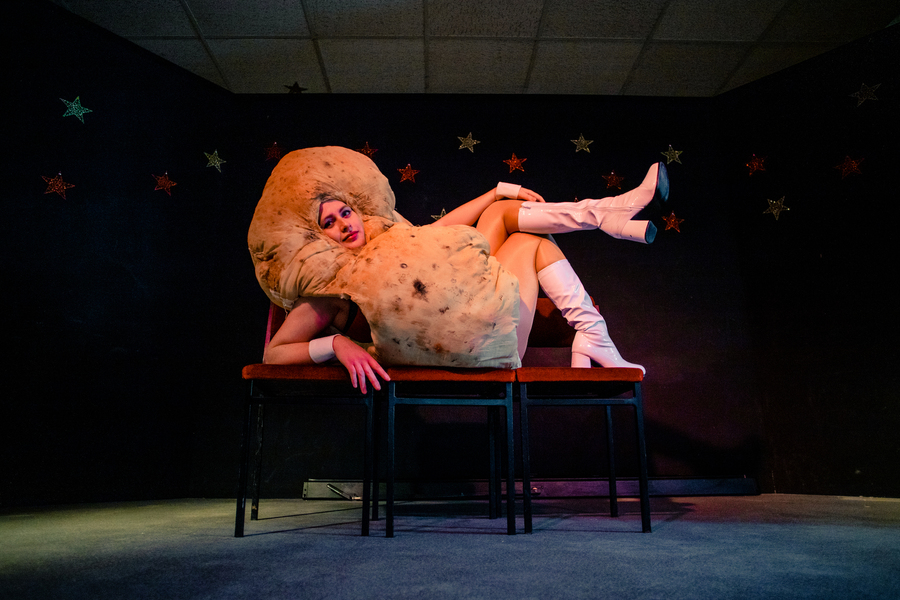 Prepare to smile a lot during Freddie Hayes: Potatohead. How could you not, when faced with a wildly stupid story about a potato making a pack with the devil? Laughter, though, might depend on your tolerance for potato puns, references to naff corners of British culture from the ‘90s and extended sections of karaoke where it’s unclear if the audience should join in.

Hayes plays Charlotte, a humble tattie who dreams of escaping her allotment and making it big on TV like her heroes Cilla Black and Jane McDonald. Her prayers seem to be answered when Maurice Piper, Satan’s right-hand spud, appears on her shoulder with an offer she can’t refuse.

The show is ramshackle, although often pleasingly so. Hayes’ potato costume is a lumpy delight, and the homemade scuzz of the puppet characters who fill out the cast is all part of the fun. Some of this shabbiness creeps into the structure of the show, however, which often feels uneven, particularly during the pre-recorded videos that sporadically interrupt the live performance. They’re never less than charming, but they could have been shorter and sharper.

Flecks of brilliance peek through though. The reveal of who Satan is provides a wild, gut-busting finale where Hayes showcases the full extent of her slapstick powers. Also winning are the moments when Hayes diverts from the surreal to break character, confessing her trepidations about the show and suggesting all these daft puppets might be an artistic crutch. Perhaps she’s on to something.