If this is his resurrection, Bobby Awl is better off dead 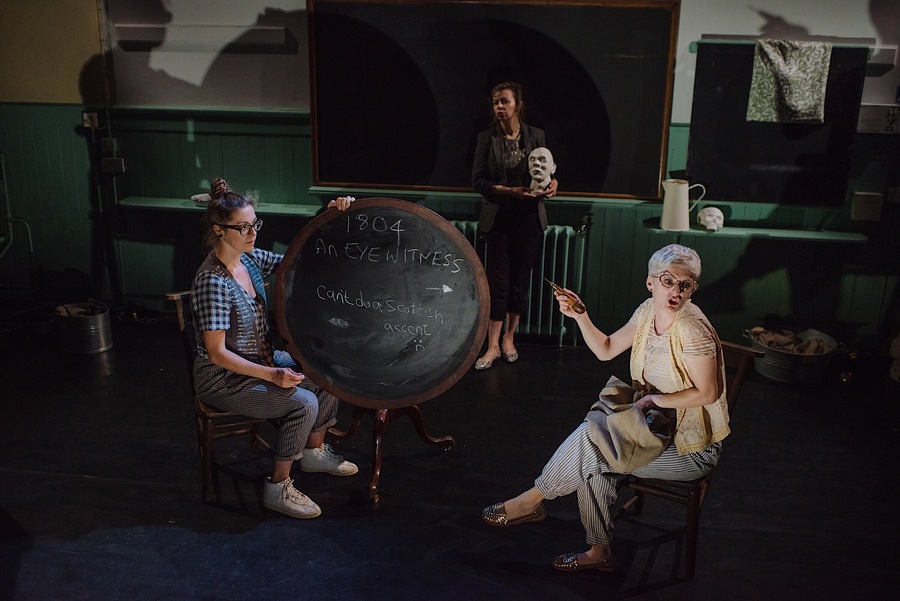 Resurrecting Bobby Awl is a play so turgid the more you try to concentrate the harder it seems to follow.

Georgie Morrell deserves credit for voicing a script and creating the illusion that the purple passages resemble a coherent voice. It is only down to Morrell, and the onstage chemistry between Ruth Everett and Masie Greenwood, that Resurrecting Bobby Awl lands anywhere north of unbearable at all.

The script is inspired by the finding of the post-mortem plaster cast of Awl’s head in the Edinburgh Phrenological Collection. Born with disabilities and deformities, given up by his parents at birth, Awl grew up to be a local celebrity around Edinburgh’s Grassmarket in the early part of the 19th century. He died in his early 20s after being kicked by a mule. But Awl’s story is said to have been overshadowed by his friend Daft Jamie, who was murdered by Burke and Hare.

What exactly the aims of this resurrection are remain opaque and confusing. The audience interjections—acted by Matthew Darcy—is phoney from the off and comes across like we’re being told what to think. It’s no fault of the actor, but they may as well have hired the mule to sit among us, such is the regular distraction it causes.

What is most disappointing about this play is that with it featuring poetry, sculpture and textiled props, the knowing humour, playing in Summerhall’s Anatomy Lecture Theatre, it all seems so promising. Writer Brian Catling clearly has an eye for choosing a story and has the multiple talents for this to be a true Edinburgh tale told with creativity at the Fringe. But despite the variety and suitable settings the play simply forgets to tell a lucid story. And while the historical context of attitudes toward disabilities is arresting—and the intention to tell a forgotten life admirable—you leave feeling nonplussed about the protagonist and wonder if 'Burke and Hare kill Daft Jamie' might be the better story.