Review: Something in the Water

Video projections, puppetry and physical comedy in this light-hearted yet pointed show 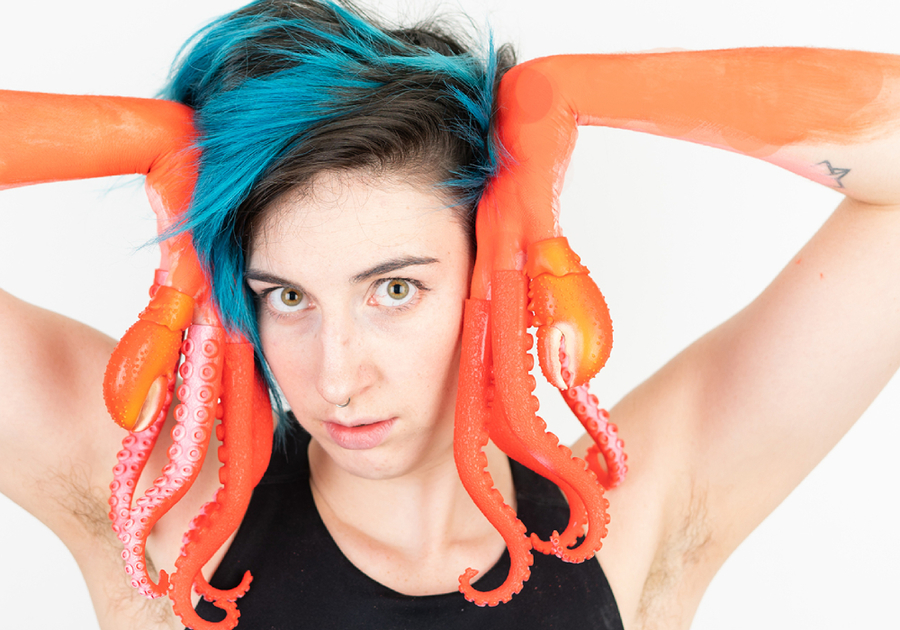 In a show replete with trans joy, Scantily Glad Theatre transforms the often fraught experience of gender dysphoria into a warm-hearted piece of aquatic surrealism. In Something in the Water, we meet Grumms, who is assigned as a girl by a David Attenbourgh-type narrator when they are born but grows increasingly unsure of their identity as they mature. What if they are not a girl, or even a boy, but actually a sea monster?

There is a wide-eyed naivety and glee about Grumms (played by S.E. Grummett) that gives the performance the air of a game of “let’s pretend” – albeit one played by a child approaching puberty. Grumms is curious about sex and their own body, and they experiment with both in reenactments of “a normal human date”, children’s toy adverts and deep sea documentaries. From the mouths of babes, as they say. Through Grumms’ childlike flailings, the masculine and feminine conventions fed to us from childhood are rendered ridiculous, absurd and, frankly, hilarious.

Special mention should be given to the inventive production, which uses an overhead projector to create picture book scenery and dreamlike montages. Barbie and Ken dolls are recast as puppets, while plastic forks conjure a climactic standoff in miniature. Visually, it is delightful, and allows Grummett to explore themes currently cursed by vitriolic Twitter discourse with gentle humour and silliness. Light-hearted yet pointed, this show carries a crucial message about belonging that will appeal to all.