Review: Your Sexts are Shit

Could Joyce get so jizzy with it via SMS? 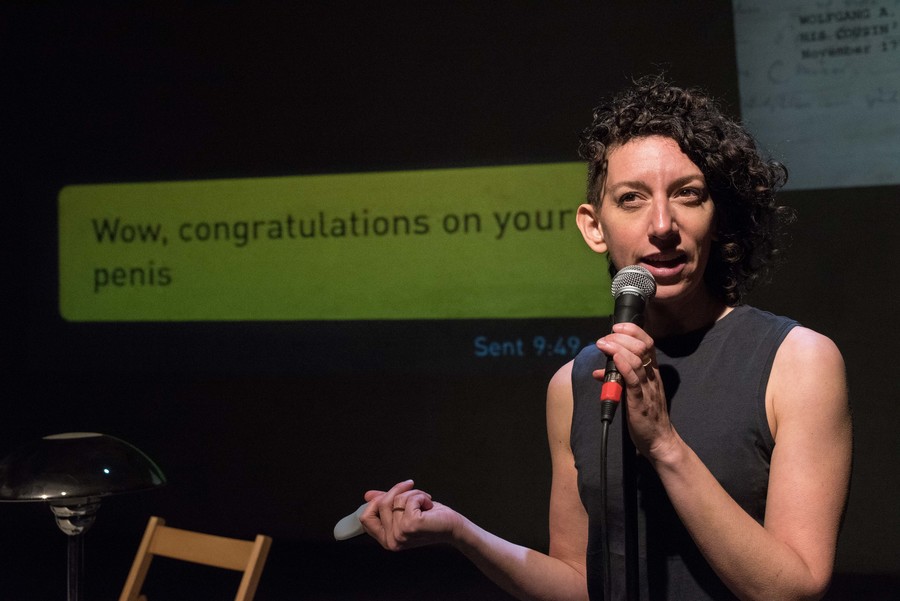 Your Sexts are Shit
By Matt Trueman
Published 18 Aug 2019

So—er—James Joyce was a bit of a filthy fuck. Not a fan of full stops; big fan of a lady fart. His long-distance lusty letters to Nora Barnacle, his wife, are expansive, elaborate odes to her arse and its ample possibilities. “It is wonderful to fuck a farting woman,” the literary giant writes – the thought likely waking his thing again.

Never shying away from the tongue-in-cheek humour of big brains getting their rocks off, Mars raises a toast to the human libido, elevating the carnal alongside the cerebral. In her hands, intimate human connection seems such a wondrous thing.

Flipping between tactile envelopes and digital projections, she sets historic hand-written notes against today’s sexy texts. It’s hard not to think something’s been lost – delayed gratification, perhaps, or expressive abandon that makes writing itself seem somehow orgasmic. Could Joyce get so jizzy with it via SMS?

Mars is no luddite in matters of lust, mind, and she suggests there’s brilliance in sexuality sharing a space with banality on our phone screens. Bodies that fuck are, after all, bodies that fart, put the bins out and, yes, read James Joyce.